JHAJJAR: Five migrant labourers, including a woman and a teenaged girl, were found murdered in an under-construction house at HUDA Sector 6 here on Tuesday. 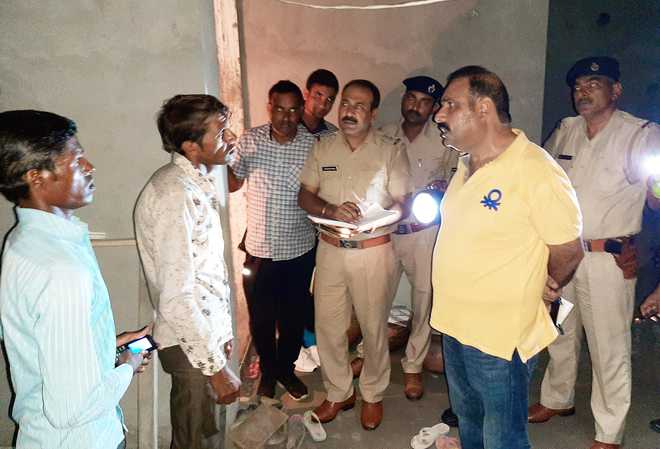 Five migrant labourers, including a woman and a teenaged girl, were found murdered in an under-construction house at HUDA Sector 6 here on Tuesday.

The bodies bore multiple injuries marks inflicted by some sharp-edged weapon. Deceased have been identified as Ram Darshan, Hakkam, Haaka, Menda and Deepu, belonging to Madhya Pradesh. They had been staying at the site for past several days.

The incident came to light in the evening when a woman labourer went to the house to meet them. She found the five dead in a pool of blood in a room at first floor. She immediately informed labour contractor Ram Dutt who called the police.

Jhajjar Superintendent of Police (SP) Ashok Kumar along with other officials rushed to the spot.  A team of forensic experts also visited the scene of crime. The police were on the spot and were making investigation till filing of the news.

“Enmity seems to be the reason behind the crime. All the persons have been killed with blows on the head. Statements of the labour contractor and other labourers are being recorded to get aby clue about the killers,” the SP said.

Ram Dutt told the media that the labourers had been working at the site for past 20 days. Today was off-day due to Vishwakarma Puja. The house was being constructed by a resident of Imlota village in Charkhi Dadri, he added.