Govt to remit stamp duty of Rs 2,000 on loan agreements

CHANDIGARH: The Haryana government on Friday decided to remit stamp duty of Rs 2,000 on different types of loan agreements chargeable under the Indian Stamp Act, 1899, to provide relief to small and marginal farmers and weaker sections of society. 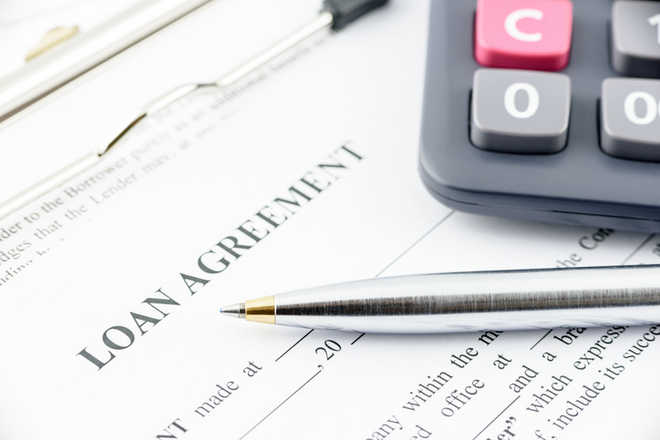 The stamp duty will be remitted for small and marginal farmers. iStock

The Haryana government on Friday decided to remit stamp duty of Rs 2,000 on different types of loan agreements chargeable under the Indian Stamp Act, 1899, to provide relief to small and marginal farmers and weaker sections of society.

A decision in this regard was taken by the Council of Ministers led by Chief Minister Manohar Lal Khattar here, an official release said.

The stamp duty will be remitted for small and marginal farmers for taking loan of up to Rs 1.60 lakh, the release said.

The stamp duty will also be remitted for women beneficiaries of Haryana Women Development Corporation’s schemes, beneficiaries from economically weaker section under the Pradhan Mantra Awas Yojana-Urban and National Urban Livelihood Mission and below poverty line families sponsored by the Haryana Scheduled Castes Finance and Development Corporation for loans to the banks, it said.

The Cabinet also approved the proposal for regularisation of illegal conversions from residential to commercial use in the colonies developed by the Housing Board.

The decision will clear long-pending litigations and provide relief to the public. The municipalities will also earn revenue by regularising these illegal conversions, the release said.

The buildings will be regularised in accordance with permission or compoundable limits as prescribed in the composition policy or rules and the non-compoundable construction will be demolished before granting permission under this policy.

In another decision, the Cabinet approved amendments to the Haryana Solar Power Policy, 2016. As per the amendments, wheeling and transmission charges will be exempted for ten years from the date of commissioning for all captive solar power projects, the release said.

However, no waiver of wheeling and transmission charges, cross subsidy surcharges and additional surcharges will be given to solar power projects set up for third-party sale.

The Cabinet also approved amendments to the Industrial Licensing Policy, 2015, which will allow warehousing units to be considered as industry for setting up industrial colony. Currently, warehousing is not inherent in the definition of industries.

The Cabinet approved to allow the applicability of the Transit Oriented Development (TOD) policy and other related policies on the individual licences of the colony and projects in case, the applicant desired to obtain benefits only on the licenced area on an additional licenced land.

The Cabinet also gave approval to a proposal of animal husbandry and dairying department to provide land to Municipal Corporation Hisar for shifting dairies in Hisar to the outskirts at 50 acres of land located in Revenue Estate, Bir.