CHANDIGARH: President Ram Nath Kovind on Friday appointed BJP leaders Ganeshi Lal and Kummanam Rajasekharan, both long associated with the RSS, as Governors of Odisha and Mizoram, respectively, as per an official statement. 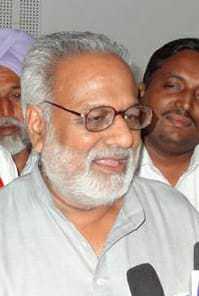 Ganeshi Lal was a minister in HVP-BJP government under Chief Minister Bansi Lal from 1996-99. Tribune photo

President Ram Nath Kovind on Friday appointed BJP leaders Ganeshi Lal and Kummanam Rajasekharan, both long associated with the RSS, as Governors of Odisha and Mizoram, respectively, as per an official statement.

Bihar Governor Satya Pal Malik was having additional charge of Odisha since March 21 after Governor S.C. Jamir completed his tenure.

He was a minister in the HVP-BJP government under Chief Minister Bansi Lal from 1996-99.

Rajasekharan would replace Lt. General Nirbhay Sharma (retd) as Governor of Mizoram after the latter completes his tenure on May 28, the Rashtrapati Bhavan said in the statement.

Both Lal and BJP Kerala president Rajasekharan have been RSS activists.

While Odisha would be holding its next Assembly elections in early 2019, Mizoram would hold its elections later this December. — IANS/TNS