ISI agent was on 8th visit, got visa for religious places

AMBALA: Pakistan national and ISI agent Ali Murtaza Asgar (32), who was nabbed by the police on August 14 from Ambala Cantonment, was sent to judicial remand after the completion of 10-day police remand on Sunday. 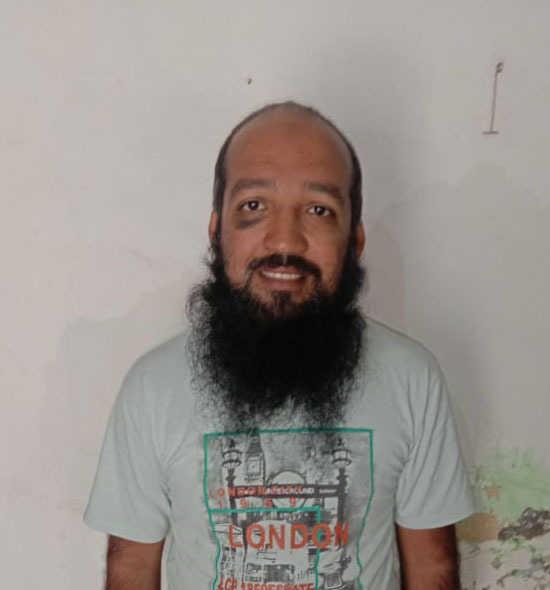 Pakistan national and ISI agent Ali Murtaza Asgar (32), who was nabbed by the police on August 14 from Ambala Cantonment, was sent to judicial remand after the completion of 10-day police remand on Sunday.

He was produced before a court today and then shifted to Central Jail in the city.

Sources said the Intelligence Bureau and the police have recovered crucial information during the remand and his interrogation would continue. Murtaza belongs to Karachi and has been visiting India over the past three years. It was his eighth visit in July-end. He was travelling from Punjab to Delhi when he was nabbed from the Ambala Cantonment railway station.

During the remand, important documents related to Army establishment have been recovered by the intelligence agencies and he was taken to various locations across India, including Gujarat and Hyderabad. Sources said over the last threes, the ISI agent had been in various locations, including Haryana, Punjab, Andhra Pradesh, Gujarat, and Hyderabad, and was passing on information to the ISI.

He was involved in espionage activities and was sharing information related to Army establishment at Ambala, Punjab and other locations.

Ali reportedly works for an IT company in Pakistan, and entered the country on the pretext of visiting religious places. He had the visa to visit a few religious places only but he kept going to other locations too to obtain information. He had no visa for Hyderabad and Ambala. He only had a visa for five places, including Surat, Maharashtra, Rajasthan, Gujarat, and another religious place near the border. He got multiple Indian SIM cards issued during every visit.

A case was registered under Section 14 of the Foreigners Act, Section 120 B of the IPC, and Section 3 of the Official Secrets Act at Parao Police Station. It is after over 15 years that an ISI agent has been nabbed from Ambala. Earlier in 2002 and 2003, two ISI agents were arrested from Ambala.

The CIA-2 in charge said: “The ISI agent belongs to Bohra community. He first came to India in 2015-16 and this was his 8th visit since then. He has been making two or three visits every year.” Superintendent of Police Abhishek Jorwal said: “He has been sent to the jail today and the matter is being further investigated.”