CHANDIGARH:Returning Officers of the Mullana and Meham Assembly segments have been moved out on the directions of the Election Commission over improper distribution of voter slips. 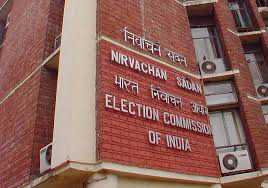 Returning Officers of the Mullana and Meham Assembly segments have been moved out on the directions of the Election Commission over improper distribution of voter slips. Sources said the EC conveyed its displeasure over the matter to the Haryana Chief Electoral Officer at a review meeting late in the evening.

The  SDM, Barara, Bharat Bhushan Kaushik, who is the RO for the Mullana seat, and the SDM, Meham, Abhishek Meena, RO for the Meham seat, have been told of EC’s decision and moved out. The CEO, Haryana, said the officers would be replaced immediately. The EC  had made it clear that no officer/ official would be spared if found wanting in discharge of duty.