KURUKSHETRA: Water ATMs will be installed in gram panchayats of the Ladwa Assembly constituency of Kurukshetra district to provide cheap and clean potable water to people. 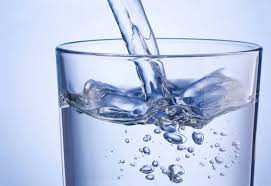 Water ATMs will be installed in gram panchayats of the Ladwa Assembly constituency of Kurukshetra district to provide cheap and clean potable water to people.

There are 141 gram panchayats in the constituency and all of them would be covered in a phased manner. The resident will be able to buy 15 litres of water for Rs 5 by using the water ATM card. In the first phase, 30 water ATMs will be installed in 30 gram panchayats.

Ladwa MLA Pawan Saini said: “The purpose behind the initiative is to provide safe and inexpensive potable water to the people of Ladwa constituency. The quality of water is worsening continuously and every person in the village can’t afford to install RO (reverse osmosis) system.”

“Due to the consumption of contaminated water, people are getting infected with various diseases related to stomach, liver and kidney. Cancer patients are also increasing rapidly in the state. The ground water which is at the level of 300 feet is also not good as its TDS (total dissolved solids) is several times higher than the safe value”, he added.

The MLA said: “There are three blocks (Pipli, Ladwa and Babain) in the constituency. In the first phase, 10 ATMs each would be installed in all three blocks. ”

An estimate for the project has already been sent to the Additional Chief Secretary of Panchayati Raj department and the work to install the machines would start by June-end.