On October 10, 1962, the Chinese attacked all along its border with India in North East Frontier Agency (NEFA) and Ladakh. 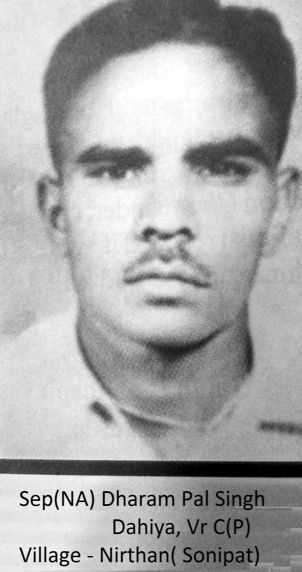 On October 10, 1962, the Chinese attacked all along its border with India in North East Frontier Agency (NEFA) and Ladakh. The Indian troops then holding the hastily prepared defences were never so ill- equipped, ill-clothed and ill-acclimatised to fight at heights ranging from 15,000 feet to 20,000 feet in extreme cold climate. As many as 114 gallant Ahirs, who were part of Charlie (Ahir) Company of 13 Kumaon Battalion of the Indian Army, fought till last man-last round.

Charlie Company under Major Shaitan Singh had replaced 1/8 Gurkha Rifles at Rezang La in Chusul subsector in Ladakh on November 6, 1962. About 19 miles south of Chusul village, it guards the south-east approach to the Chusul valley. Rezang La is situated at an average height of 1,600 feet; the pass itself is at 16,420 feet. As per military appreciation, the depression on its north-west known as Valley West was considered the most likely approach by the Chinese as and when Rezang La was to be attacked. Major Shaitan Singh had deployed his company on the forward slopes of the hill. No. 7 Platoon, under Jemadar Surja Ram, was on the north flank; No. 8 Platoon, under Jemadar Hari Ram, was in the pass area; and the centre of the position was held by No. 9 Platoon under Jemadar Ram Chander with company headquarters next to it. The mortar section, under Naik Ram Kumar Yadav, was on the reverse slope, about 150 yards west of the company headquarters. The deployment of all three platoons covered the most likely approach and the platoons mutually supported each other.

Around 3.30 am on November 18, Naik Hukam Chand, Second-in-Command of 8 Platoon, on night patrol noticed a large body of men heading towards his platoon-defended locality. He immediately informed his platoon commander and fired a red varey light which showed a huge Chinese column advancing towards Rezang La. In the illuminated area, 7 and 9 platoons also noticed a wave of Chinese trickling down towards their defences. All three Kumaoni platoons opened fire simultaneously, causing heavy casualties on the Chinese and forcing the enemy to go to the ground. But it was an unequal fight. Despite heavy casualties, the massive Chinese assault did not die down. Since the defences on the forward slope of Rezang La were crested, own artillery fire by the guns of 13 Field Regiment was only partially effective in breaking the Chinese assault.

The dawn became day and the unequal fight raged on. The fast diminishing strength of Charlie Company still held on. Despite heavy odds, the Ahirs fought tooth and nail and did not withdraw an inch. In the bone chilling biting cold, wearing summer clothing and firing World War II vintage rifles and machine guns, the company guarded Rezang La till the last Kumaoni fell.

Naik Hukam Chand, when ran out of ammunition, engaged the Chinese in a fierce hand-to-hand fight, before he was overpowered and shot dead.

Even after all his colleagues were dead, Naik Ram Kumar, the mortar section commander, kept firing the 3 inch mortar at the shortest range. Naik Ram Kumar, with his nose blown off by a hand grenade and eight bullet wounds, managed to reach the battalion headquarters on November 19 after escaping from Chinese custody.

After suffering too many casualties, the Chinese had brought forward re-enforcements and a medium machine gun. When the fire of the gun began to come onto their platoon, Naik Gulab Singh and Lance Naik Singh Ram rushed forward and charged towards the gun, but both fell within a few feet of it. The remaining 7 platoon and their brave commander Jemadar Surja Ram also died fighting.

Jemadar Hari Ram, during intense artillery and machine gun fire, moved from trench to trench motivating his men to keep fighting and not give up till he was mortally wounded by a machine gun burst.

Jemadar Ram Chander commanding 9 Platoon, even after his entire platoon was wiped out, kept fighting and did not leave his position till he fell unconscious. Presumed dead, the Chinese left him and moved on.

Brave medical orderly Sepoy Dharampal Singh Dahiya of Army Medical Corps had gone from section to section to attend to the wounded. He was still holding a morphia syringe and a bandage when a bullet pierced his head.

Major Shaitan Singh, a Bhati Rajput from Jodhpur, was the company commander. Due to intense artillery shelling by the enemy, the line communication to the Battalion headquarters had been snapped and by last light on November 17, the company had been totally isolated. With no hope of any re-enforcement, Major Shaitan Singh had the option to withdraw but he did not. Also, Jemadar Ram Chander, platoon commander-cum-Company Second-in-Command, had mentioned to his company commander, “Sahab ji, withdraw karan ki kati mat sochiyo, ek bhi Aheer kaha nahi manega”.

Charlie Company of 13 Kumaon, in five hours of battle of Rezang La during the 1962 war with China, won one Param Vir Chakra, eight Vir Chakras and four Sena Medals for gallantry — a performance unmatched in the Indian armed forces to this day. Eleven of the 13 gallantry award winners were from Haryana.

The gallant deed of Charlie Company is remembered today by a memorial built soon after their funeral by the Commanding Officer and all ranks of 13 Kumaon on the site where the Battalion headquarters had stood on that fateful morning of November 18, 1962. On the memorial stone are inscribed the last six lines of Lord Macaulay’s immortal poem:

To every man upon this earth, death comes soon or late. How can man die better than facing fearful odds, for the ashes of his fathers and the temples of his Gods. (The writer is a veteran Gunner, 6 Field Regiment)