Major Satish Dahiya, braveheart to the core : The Tribune India

Satish Dahiya did not belong to a military family but always yearned to be a part of one. So, he resolved to start the glorious tradition in his village Banihari in Mahendragarh district of Haryana by becoming a torchbearer, and was commissioned into the Army Service Corps on December12, 2009. 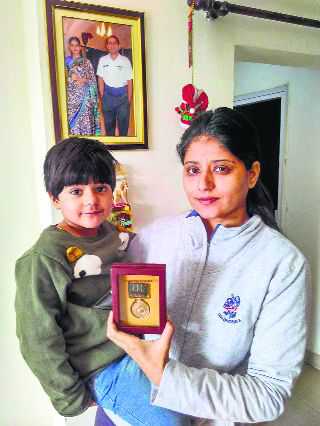 Satish Dahiya did not belong to a military family but always yearned to be a part of one. So, he resolved to start the glorious tradition in his village Banihari in Mahendragarh district of Haryana by becoming a torchbearer, and was commissioned into the Army Service Corps on December12, 2009.

Right from the time militancy engulfed the otherwise peaceful state of Jammu and Kashmir in the early Nineties, Kupwara, being a border district in Kashmir valley, had been the worst affected. And it is strongly believed that due to the false notion of being alienated by the state, the Kashmiri youth, to some extent, have covertly been assisting the militants exported by Pakistan. Every Rashtriya Rifles battalion has an Army Service Corps (ASC) officer posted on its war establishment who not only looks after the supply and logistics of the battalion, but also forms part of the fighting element of the battalion. Major Satish Dahiya, an ASC officer, was one such braveheart who, before laying down his life, exhibited the stuff he was made of. For his unmatched gallantry and supreme sacrifice fighting the militants, Major Satish Dahiya was posthumously awarded the Shaurya Chakra.

Sujata Dahiya, wife of Major Satish Dahiya, recalls that whenever she told Satish to take care while fighting the militants, his only reply in down-to-earth Haryanavi used to be “Nicky, tu nau haath ki sod (quilt) main so. Mere naam ki goli ib tanhi na bani sa.” Sadly, one goli existed in the armour of a militant which took its toll when the time came.

Mrs Dahiya, for the past almost two years, has not told her four-year-old daughter Priyasha that her father is no more. When asked as to how long will she hide the fact from her daughter, the Veer Nari responds without hesitation, “Sir, to date I don Satish’s combat fatigues which I have preserved as a treasure. I am preparing hard to fill the void created due to martyrdom of my husband. And I know Satish, watching from up there, would be the happiest soul when he sees that the combat fatigues he left behind are not just hanging on the wall.”

Battle account of bravery in War Diary of 30 RR reads…

“On February 14, 2017, Major Satish Dahiya of 30 Rashtriya Rifles was in charge of Cordon and Search Operation in Hajan village in Kupwara district. The village is located close to Hafruda and Rajbar forest, where the terrorists usually hide before proceeding to Baramulla or Sopore in North Kashmir. At about 5.30 pm, while he was placing the cordon at the identified site, the terrorists opened indiscriminate firing from close range. Major Dahiya and his party retaliated with accurate fire in which three terrorists were killed and the remaining fled downhill towards a nullah. Major Dahiya, unmindful of his personal safety, chased the fleeing militants and killed one more but he too was injured in his right thigh. Oblivious of his injury, he kept chasing the fleeing militants and killed one more but this time he was hit in the abdomen by a militant’s fire from close range and fell unconscious. The remaining militants, by then, had escaped in the thick jungle. Immediately, Major Dahiya, in an unconscious state, was put in an ambulance for evacuation to the battalion headquarters at village Langait where a helicopter awaited to evacuate the officer to Base Hospital, Srinagar. When the ambulance was a few kilometres short of the helipad, a mob gheraoed it and started pelting stones and did not let it move forward for almost half an hour till an armoured ambulance reach the site and dispersed the mob. Major Dahiya, though unconscious, was breathing when the ambulance reached the helipad but the officer breathed his last while being put in the helicopter.

Spike in oil price is breaking India’s back, says Jaishankar in US