JIND: If the latest data compiled in the IQAir AirVisual 2018 World Air Quality Report is to be believed, the semi-urban town of Jind is much more polluted than metro cities such as Beijing, Dubai and even Mumbai. 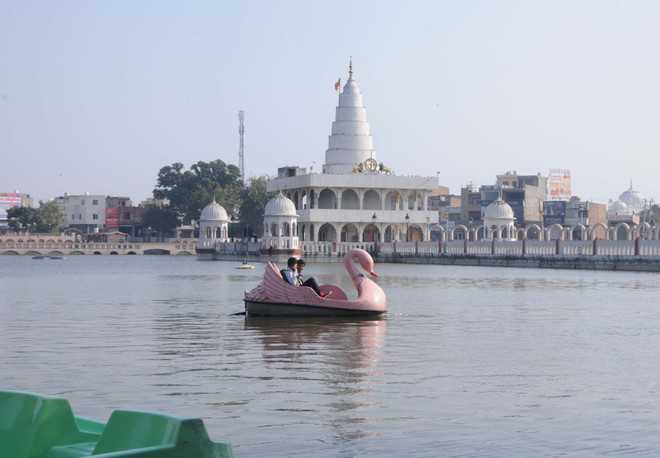 If the latest data compiled in the IQAir AirVisual 2018 World Air Quality Report is to be believed, the semi-urban town of Jind is much more polluted than metro cities such as Beijing, Dubai and even Mumbai.

The report, which was prepared in collaboration with Greenpeace Southeast Asia and released last week, ranks Jind as the 20th most polluted city in the world, followed by Rohtak (25th) and Panchkula (84th).

However, environment and health experts have raised doubts over the study showing the three Haryana cities, having marginal industrial activities, among the world’s 85 most polluted cities in terms of fine particulate matter-2.5 (PM 2.5) level in the air.

Gurugram has been ranked as the most polluted city in the world.

S Narayanan, member secretary of the Haryana State Pollution Control Board (HSPCB), told The Tribune on Tuesday that the board would challenge the study.

He added that there was no need to panic as Greenpeace would be soon contacted to share the source of data collection and the entire methodology.

“I am yet to read the entire report, but it is amusing that Panchkula has also been tagged as the world’s most polluted city (84th). There are no known major sources of pollution in Jind, Rohtak and Panchkula,” says Narayanan.

Narsi Ram Bishnoi, a professor in the department of environmental science and engineering at Guru Jambheshwar University of Science and Technology, Hisar, said that the report did not specify if the samples were taken during the harvesting season when stubble burning was reported in the entire state or some other time.

“Following strict instructions from the Supreme Court and the National Green Tribunal, the Haryana Government has taken several successful measures to curb pollution caused by the burning of residue. As there is no major visible pollution causing agent in Jind, the credibility of the report becomes suspicious,” he added.

“Jind is not a fully urbanised area but a small town surrounded by villages. There is no major industrial activity there and vehicular movement is far less than in the Ambala-Sonepat belt. The study requires scientific scrutiny,” said Bishnoi.

Dr Sanjay Dahiya, former Civil Surgeon, said that there was no major respiratory or any other health issue reported recently in the district. “During my stint of almost three years in Jind, there was no phenomenal trend of health problems caused by air pollution,” he said.

Jind Deputy Commissioner Aditya Dahiya said that besides vehicular traffic, construction of a national highway was the major construction activity in the area. “The HSPCB will be approached to identify other possible sources of pollution in Jind. Meanwhile, the construction contractors have been directed to use water sprinklers,” he added.