WASHINGTON: Scientists have developed a miniature female reproductive system that fits in the palm of the hand that could help test drugs for safety and effectiveness in women. 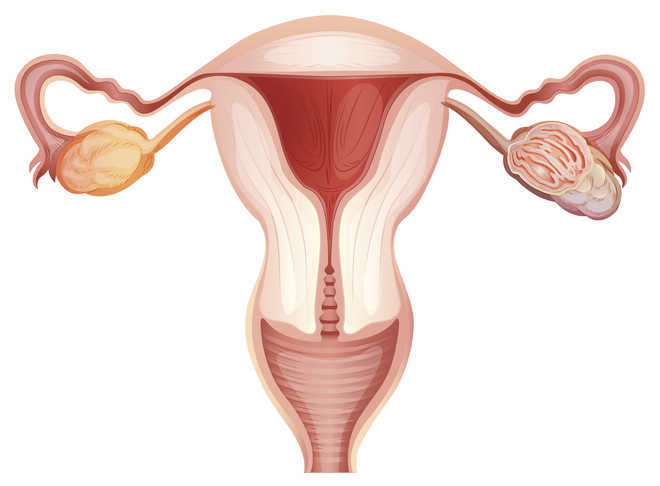 Scientists have developed a miniature female reproductive system that fits in the palm of the hand that could help test drugs for safety and effectiveness in women.

The new 3D technology — called EVATAR — is made with human tissue and will enable scientists to conduct much-needed testing of new drugs for safety and effectiveness on the female reproductive system.

EVATAR also will help scientists understand diseases of the female reproductive tract such as endometriosis, fibroids (which affect up to 80 per cent of women), cancer and infertility.

The ultimate goal is to use stem cells of an individual patient and create a personalised model of their reproductive system.

EVATAR, which resembles a small cube, contains 3D models of ovaries, fallopian tubes, the uterus, cervix, vagina and liver with special fluid pumping through all of them that performs the function of blood.

"This will help us develop individualised treatments and see how females may metabolise drugs differently from males," said Teresa Woodruff, director of the Women's Health Research Institute at Northwestern University.

The EVATAR technology is revolutionary because the reproductive tract creates a dynamic culture in which organs communicate with each other rather than having static cells sit in a flat plastic dish.

The model includes ovaries, the uterus, the fallopian tubes, the cervix and vagina. The liver was also included in the system because it metabolises drugs.

The microfluidic device has a series of cables and pumps that cause media (simulated blood) to flow between wells.

The technology also will open doors into the causes of endometriosis, fibroids and some cancers.

"All of these diseases are hormonally driven, and we really don't know how to treat them except for surgery," said Joanna Burdette, of University of Illinois at Chicago.

"This system will enable us to study what causes these diseases and how to treat them," Burdette said.

"The systems are tremendous for the study of cancer, which often is studied as isolated cells rather than system-wide cells. This is going to change the way we study cancer," Burdette said.

The system also will allow scientists to test millions of compounds in the environment and new pharmaceuticals to understand how they affect the reproductive system and many other organs in the body.

The paper was published March 28 in Nature Communications. — PTI