SHIMLA: Two Shimla boys, who cracked the IAS exam, have one thing in common: both cleared the civil services exam last year, but could not make it to the IAS. 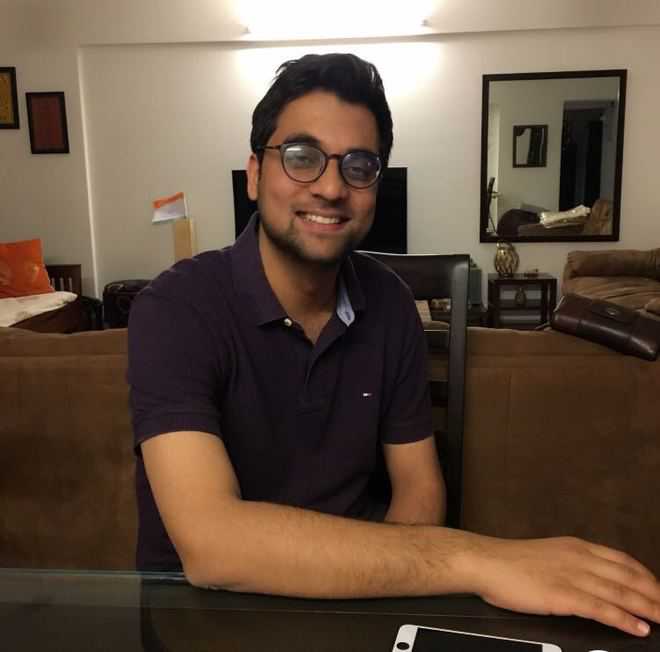 It was my cherished dream to serve society as health, poverty and women safety had always been my primary concern and now I am a step closer to my mission. — Ayush Sinha, state IAS topper

Two Shimla boys, who cracked the IAS exam, have one thing in common: both cleared the civil services exam last year, but could not make it to the IAS. Ex-Edwardians Ayush Sinha and Abhishek Verma got seventh and 32nd rank.

Ayush, who had cleared the exam last year also and joined the revenue services as assistant commissioner, was determined to get into the IAS and this time his efforts paid off.

He will join the Lal Bahadur Shastri National Academy of Administration (LBSNAA) in Mussoorie in August for training.

“It was my cherished dream to serve society as health, poverty and women safety had always been my primary concern and now I am a step closer to my mission,” says Ayush Sinha.

“Try and try harder is the matra for success,” asserts Ayush as focussed approach, perseverance, patience and hardwork alone can help achieve goals, but, of course, luck plays a vital role.

“After I failed to get into IAS last year mainly due to not-so-good performance in the interview, this time I made it a point to put in my best efforts in the interview. I practised and my friends helped me by taking mock interviews and the preparations raised my confidence level,” he said.

“I have great regard for the people who crack the UPSC examination in fourth and fifth attempts as once you give your 100 per cent, it is very difficult to start again and needs a lot of patience,” said Ayush.

Ayush, a passout of St Edward’s School, Shimla, and DPS, RK Puram, did his chemical engineering from BITS-Pilani. Son of an IFS officer PK Sinha, who retired as Additional Principal Chief Conservator of Forest and nephew of ADGP (law and order) Atul Verma, Ayush had the motivation and inspiration at home.

Remembering an instance from his childhood, Ayush said, “Once, I was accompanying my father on a tour and came across villagers who told me about how their lives were transformed because of an initiative taken by my father 15 years back when he was posted as a District Forest Officer.” Since then, it was my passion to be an IAS officer.

Selective study was significant and it was important to decide books and make a strategy to study in a planned way to crack the exam. “Hard work is a must but clearing interview is a matter of luck,” felt Ayush, who remembered the questions asked by the panel ranged from uniform civil code to economy and statistics.

Giving credit of his success to his family members, Ayush said it was the love and moral support of the family which helped him. A sports lover, Ayush represented BITS-Pilani in a professional football league as captain.

Hailing from Sundernagar, Abhishek has been brought up in Shimla. He did his schooling from St Edward’s School, Shimla, and passed his XII from DPS Rohini in New Delhi.

He completed his BTech in computer science and engineering from IIT Delhi in 2016 and qualified the civil services exam 2016 in his first attempt and was allotted the Indian Audit and Accounts Service.

He is currently undergoing training at the National Academy of Audit and Accounts in Shimla. He prepared for IAS during training again and secured 32 rank. His elder sister Ankita Verma is also IRTS officer of the 2014 batch and at present posted in Karnataka.

Abhishek gives credit of his success to his family. His father Manohar Lal Verma is working as Executive Engineer (Civil) in the CPWD, Shimla, while his mother Madhu Verma is a home maker.

He is currently undergoing training at the National Academy of Audit and Accounts in Shimla. He prepared for IAS during training again and secured 32 rank.

Apoorva Pandey of Haldwani has secured the 39th rank in the civil services examination-2017, the results of which were announced on Friday.

Apoorva, who was successful in her second attempt, started preparing for the exam after completing her BTech degree in 2016.

Along with Apoorva, Pratishtha Mamgain also managed to find a place in the top 50  by securing the overall 50th rank.

While Mukul Jamloki, a resident of Fata (Rudraprayag), has secured the 505th rank and Dr Monica Rana, a resident of Dehradun, ranked 577th. Rana completed her schooling from St Joseph Academy and then went on to complete her MBBS  from Madras Medical College. Her family hails from Lakhamandal in Chakrata. Uttarakhand CM Trivendra Singh Rawat congratulated the candidates on cracking the UPSC examination. — TNS