SHIMLA: The House on Saturday passed the Himachal Pradesh Official Language (Amendment) Bill, 2019, paving the way for making Sanskrit the second official language of the state. The Bill was tabled in the House on February 14 by Chief Minister Jai Ram Thakur. Once given assent by the Governor, it will amend the Himachal Pradesh Official language Act, 1975. 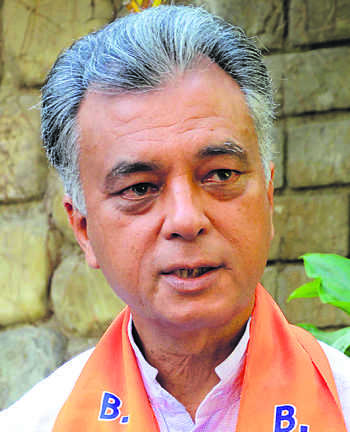 The House on Saturday passed the Himachal Pradesh Official Language (Amendment) Bill, 2019, paving the way for making Sanskrit the second official language of the state.

The Bill was tabled in the House on February 14 by Chief Minister Jai Ram Thakur. Once given assent by the Governor, it will amend the Himachal Pradesh Official language Act, 1975.

Meanwhile, the Cabinet dismissed the Congress accusations of making a cut in the budgetary allocation for undertaking development works in the tribal areas of the state.

Power Minister Anil Sharma replied to the cut motion on tribal development in the absence of Tribal Affairs Minister Ram Lal Markanda, who is in hospital. The cut motion was moved by Kinnaur MLA Jagat Singh Negi and besides him Asha Kumari and Ashish Butail participated in the debate. The cut motion was rejected by voice vote as Congress legislators refused to withdraw it despite the reply by the minister and assurance that the government would consider the suggestions made by the members.

“I would like to dispel the notion of a cut having been made in the budgetary allocation for the tribal areas as it continues to remain 9 per cent as was the case during the Congress regime,” said Sharma. He said, “An allocation of Rs 1,564 crore has been made in the 2019-20 Budget which is 9 per cent of the Budget.” He admitted that the funds received under the tribal funds were often used for various works be it in power projects or any other schemes.

Replying to the allegation by the Kinnaur MLA that he had deliberately not been made the chairman of the Integrated Tribal Development Project as he was from the Opposition, the minister said it was solely the prerogative of the government and during the Congress regime, Lahaul-Spiti MLA Ravi Thakur had also not been made the chairman despite being from the ruling party.

Earlier, moving the cut motion, Negi said despite the court ruling, residents of the tribal areas were not being given nautor land. “The fact that there is earmarked funding under the tribal funds and no meetings of the committees to look into the tribal works had been held, showed the indifference of the BJP regime towards the ST people,” he said. Asha Kumari raised the issue of non-tribal area villages having more than 60 per cent tribal population not getting funds. “The road condition in Bharmour is pitiable and there are no regular flights to the tribal areas, resulting in inconvenience to the people,” she said.

Debate over cut in budgetary allocation