SHIMLA: Doctors completing their post graduation from any of the six medical colleges in Himachal could now be forced to serve within the state as the government is planning to hold back their degrees for a period of three to five years so that they do not leave for greener pastures. 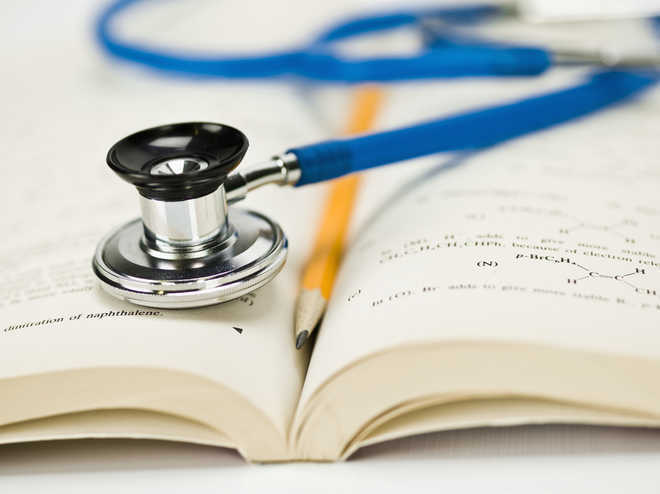 Doctors completing their post graduation from any of the six medical colleges in Himachal could now be forced to serve within the state as the government is planning to hold back their degrees for a period of three to five years so that they do not leave for greener pastures.

Even though the proposal is still being scrutinized by the Law Department the government seems to have made up its mind to go ahead with the move. “Though it is still being proposed some other states too have put in place such a mechanism as this is one way of ensuring that those doing post-graduation from the state, serve its people for at least for some period before moving out,” said Vipin Parmar, Health and Family Welfare Minister. He said the matter would be placed before the Cabinet for consideration.

The state has been facing problem in getting specialists for its health institutions, especially in rural areas. Despite admissions to 750 MBBS seats and 232 post graduation (PG) seats every year, the government struggles to post specialists in its vast network of 2729 health institutions. There is shortage of over 200 specialists, especially anaesthetists and orthopaedic surgeons. There is a proposal to add 19 new PG seats at Indira Gandhi Medical College, Shimla.

The problem has become even more acute following the move to set up medical colleges at Nahan, Mandi and Chamba as teaching faculty and PG doctors are being posted there to fulfill the Medical Council of India conditions, leaving hospitals without MD doctors.

Even though there are conditions like furnishing a bond of over Rs 10 lakh in case a doctors quits before he or she has served for a minimum period yet there are many who are violating the bond. “There are about 50 cases where the doctors have violated the bond and left before completing the mandatory period of service after doing PG,” said Parmar. Sources said there was also a proposal to reduce the bond amount and also the mandatory period to serve before quitting government service.

Himachal has also embarked upon the telemedicine project as a solution to the shortage of specialists, especially in remote rural areas. The services are being rendered at Keylong and Kaza in Spiti area. There is a proposal to extend this service to Killar in Chamba.