MANDI: Researchers at the Indian Institute of Technology, Mandi, are making rapid strides in finding a drug to treat those affected by Zika virus. So far, more than a million people across the world have fallen prey to the infection. 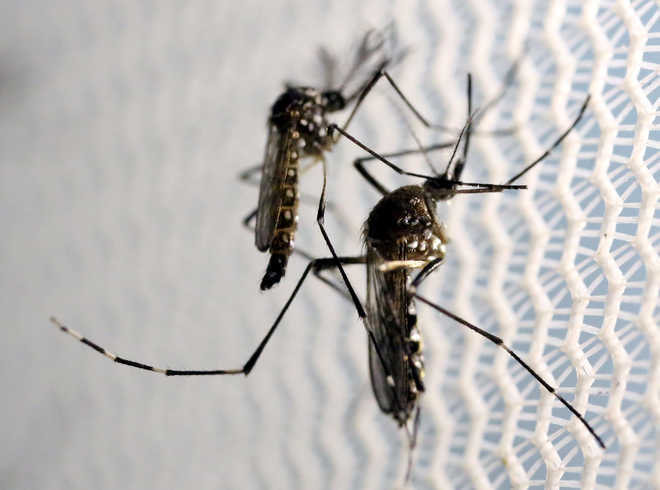 Researchers at the Indian Institute of Technology, Mandi, are making rapid strides in finding a drug to treat those affected by Zika virus. So far, more than a million people across the world have fallen prey to the infection.

Professor Giri’s lab has identified the target viral protein on which HCQ acts. He has collaborated with

Prof Mysorekar and Prof Sanjeev Kumar Singh from Alagappa University, Tamil Nadu, and their findings were recently published in ACS Omega, an open access journal of the American Chemical Society. Professor Giri said: “Our work has identified a viral protein on which HCQ acts. This finding is important as development of drugs against Zika hinges on understanding the interactions between the potential drug and the target components of the virus. Viral proteases are enzyme in viruses and are good targets for drug action. To block Zika virus activity, we targeted an important enzyme called protease. This enzyme governs the polyprotein maturation, leading to survival and pathogenesis of the virus. In the case of the Zika virus, the NS2B-NS3 protease is important for viral multiplication in the host.”

In order to find molecules that can inhibit the action of NS2B-NS3 protease, Professor Giri’s team first did virtual screening of an FDA-approved drug library and identified five compounds that showed promising affinity towards Zika virus protease.

One of the five compounds was the HCQ. The research team designed and cloned the protease gene construct of the Zika virus and expressed and purified its NS2B-NS3 protease enzyme. The HCQ inhibited the enzyme activity, showing that it was a promising drug for ZIKV infection.

He said in the next step, the research team treated trophoblast cells infected with Zika with the HCQ and noticed that there was a significant reduction in the viral burden. In vitro enzyme inhibition and computational simulation, studies showed that the HCQ bonded with the NS2B-NS3 protease complex, thus competitively inhibiting its ability to contribute to viral multiplication.

The Zika virus is a mosquito-borne emerging global pathogen belonging to the flavivirus genus. Other members of this genus include dengue virus, yellow fever virus, and Japanese Encephalitis virus. It’s infection leads to fever, headaches, lethargy, conjunctivitis-like symptoms and may even be associated with neurological diseases such as Guillain-Barre´ syndrome. More seriously, it is associated with devastating foetal diseases such as microcephaly.