No Dasehra celebrations, no goldsmiths in Baijnath

PALAMPUR: Baijnath is the only town in Himachal, which does not celebrate Dasehra. 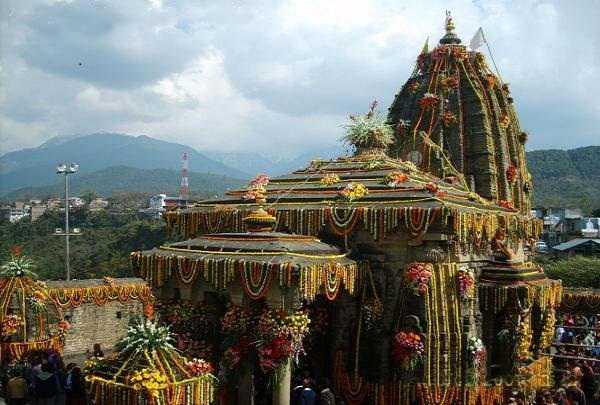 Baijnath is the only town in Himachal, which does not celebrate Dasehra. As per folklore, Ravana, the demon king of Lanka, worshipped Lord Shiva to get the gift of invincibility and immortality.

He also beheaded his 10 heads before Lord Shiva’s altar. Pleased with his sacrifice and deep meditation, Lord Shiva fulfilled his wishes and restored his heads.

But Ravana wanted more and asked Lord Shiva to settle in Lanka. Surprisingly, Lord Shiva agreed and turned into a Lingam so that Ravana could carry him back to his home land. The only condition was that he could not keep the Lingam down on earth anywhere on the way and if he did so, that would be the place where Lord Shiva would reside.

Ravana carried the mighty Lingam, but when he reached the area, where Baijnath stands, he had to answer the nature’s call. He handed over the Lingam to a shepherd and told him not to set it down. But the shepherd found the Lingam extremely heavy and after a while he got tired and had to set it down.

In the 13th century, the Shiva temple was built around the ancient Lingam and today it is one of the most important places of pilgrimage for Hindus.

Residents of Baijnath traditionally don’t celebrate Dasehra or burn an effigy of Ravana because of their reverence to Lord Shiva. No matter what Ravana did in his life, he was one of the greatest devotees of Lord Shiva.

It is unbelievable that the Hindu festival, which celebrates Lord Rama’s victory over Ravana, is not celebrated in Baijnath. In the past till 1970, a few residents of this holy town tried to celebrate the festival and decided to burn the effigy of Ravana. But whosoever tried it brought upon himself the wrath of Lord Shiva, faced disastrous consequences and ultimately had to die.

In Baijnath, there are no goldsmiths. The logic being that Ravana lived in Lanka, “Sone Ki Lanka”, and wanted to take Lord Shiva with him. Even though Lord Shiva considered gold as good as any other stone and wished to live where the nature was at its best, he accepted to go. This disagreement between the Lord and his devotee is enough to keep the people from ever trying to open a jewellery shop.