CHANDIGARH: Before Partition, Vidyawati boasted of a sprawling 11,500-acre estate spread across 35 villages in Gujranwala and Sialkot districts (now in Pakistan Punjab). 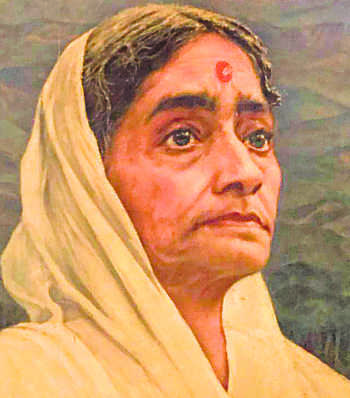 Vidyawati was from Gujranwala

Before Partition, Vidyawati boasted of a sprawling 11,500-acre estate spread across 35 villages in Gujranwala and Sialkot districts (now in Pakistan Punjab). But the year 1947 changed it all forever. All she was handed over was a barren chunk of land in Karnal district. Down the line, historians recall her as the “biggest single loser of land” during rehabilitation.

Vidyawati’s tale finds mention in historian Ramachandra Guha’s masterpiece ‘India After Gandhi’. “The biggest single loser was a lady named Vidyawati, who had inherited (and lost) her husband’s estate of 11,500 acres. In compensation, she was allotted a mere 835 acres in a Karnal village,” he notes.

Her “loss” was first documented in 1954 by distinguished civil servant MS Randhawa in his work ‘Out of the Ashes: An Account of the Rehabilitation of Refugees from West Pakistan in Rural Areas of East Punjab’.

Randhawa himself handled her case when he was Punjab’s Rehabilitation Commissioner. “The biggest landholder among the displaced persons from West Punjab was Vidyawati, widow of Dewan Badri Nath of Emenabad in Gujranwala district. Of the land allotted to her at Theh Malbora village in (then) Kaithal tehsil of Karnal district, 310 acres were ‘banjar’ (barren), 98 acres ‘barani’ (unirrigated), and the remaining 427 acres ‘nehri’ (non-perennial),” he mentions in his book. Not just land, Vidyawati left behind in Pakistan 29 houses, then valued around Rs 20 lakh. On this side, she was allotted a house worth a mere Rs 3,000.

Before she passed away in 1961, Vidyawati instituted two trusts, one for religious purpose and another to run educational institutions, says her maternal grandson Virendrajeet Singh, a charted accountant settled in Kanpur. He says Shrimati Dewanini V Badrinath Educational Trust now runs three schools in Jammu.

Virendrajeet says Vidyawati’s husband worked as a dewan in the court of the Maharaja of Jammu and Kashmir and had got the land in ‘jagir’. He says Vidyawati was never interested in the barren land she was given and disposed all of it during her lifetime. He says as if the losses suffered during Partition were not enough, she lost another 15,000 acres during the land reforms in J&K.

Son of Gian Chand of Shahadra, he had to abandon 5,328 acres across 20 villages in Sheikhupura, Lahore and Lyallpur districts. Was allotted 313 acres in Shahabad and Ratta Khera Lukman villages in Karnal.

Son of Hukam Singh of Pakpattan in Montgomery district, he abandoned 2,332 acres in three villages of Pakpattan tehsil. On this side, he was allotted a mere 259 acres in Kulheri village near Karnal.