Raman (name changed) had just taken up a job in Mumbai after his engineering when he came to our department. As I, a fresh MD student, took his history, it became all too apparent that the tall good-looking clean-shaven Sikh had Paranoid Schizophrenia. 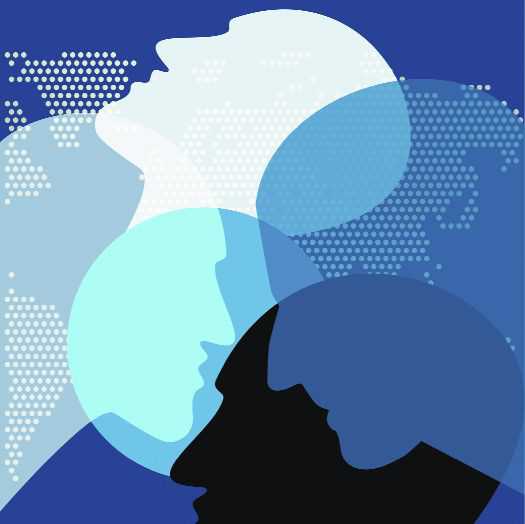 A column that lays threadbare the concerns, challenges associated with mental illness

Raman (name changed) had just taken up a job in Mumbai after his engineering when he came to our department. As I, a fresh MD student, took his history, it became all too apparent that the tall good-looking clean-shaven Sikh had Paranoid Schizophrenia. Over the next 15 years, I would see how Raman would not accept the diagnosis due to a lack of insight (as many people with this disease are wont to do), how he would be non-compliant with medication, leading to frequent relapses, lose his job, later opt for a simple government clerical job, abandon it and slowly drift downhill. His ageing parents in due time allocated him a fixed monthly income of Rs 5,000 in addition to his government salary.

He would come and meet me off and on though he would not take his medicines despite my attempts at insight building. His delusions and hallucinations flared up at times and in one of these flare-ups, he found himself in prison after he rattled some neighbours who he felt were persecuting him and uttering vile, vituperative comments aimed at him (due to his auditory hallucinations). He was soon let off as the police realised he had a mental illness, but in the process he left his job convinced that people there were harming him as well. I lost track of him later on. Even now, when I see a homeless person, a memory of him is evoked and I hope he is not one of the homeless as many with such untreated illnesses may end up.

As per the Drift hypothesis, Persons with Mental Illness (PMI) are likely to drift to a lower social class as their illness often precludes them from continuing in a steady job and attaining housing, etc. Many live precarious lives balancing on the edge of despair and hope, as do their families.

An American friend once related to me how her Schizophrenic mother would be in a hospital for six months and then out for a year or so in a typical Revolving Door phenomenon before relapsing and being re-admitted, while she lived with foster parents. In India, the joint family system ensured some degree of care for the PMI and the children even though many PMI were ill-treated (horror stories of chaining and locking up emerge from time to time). In contrast, today, the emerging Indian nuclear families are often unable to bear the travails of the modern work hours and have less social support that a family member with a serious mental illness requires during a relapse. We still do not have a system where children of people with mental illnesses can be put in safe foster homes and more and more stories are emerging of children being locked in the house with a seriously mentally-ill parent and emerging from the harrowing experience often to have long-term anxiety issues of their own.

In addition, many PMI (men and women) face sexual abuse. I recall this woman who was picked up by a truck driver and he kept her at home as his wife had died. He came to get her treated for genital herpes in the Department of Skin and then to Psychiatry for Schizophrenia — she would keep talking to herself and smiling inappropriately (a symptom of a type of Schizophrenia). He was clearly sexually abusing her. Another Bipolar patient was shockingly enough sexually abused by a doctor while she was in a manic phase — when her libido increased — so even though it was consensual, it was clearly a case of abuse.

The horrifying story of the fire at Erawadi, charring to death the 28 unfortunate mentally-ill chained victims with no escape, may be an extreme case, but many people with milder illnesses also face neglect by families, financial neglect, get cheated out of property and are abandoned. This is all set to grow in the near future, leaving us with a crisis.

Chronic mental illnesses such as Schizophrenia, Bipolar Disorder, Obsessive Compulsive Disorder, Unipolar Depression, Dementia, etc, exact a heavy price on the PMI, the family and society as a whole. For instance, Schizophrenia occurs in 1 per cent of the population and usually requires lifelong treatment. With an onset in the 20s and 30s usually, the burden on families takes a humongous toll emotionally, financially, socially and health-wise. Each mentally-ill patient requires Rs 1,500-10,000 per month (minimum), depending on the medication being given, for mental healthcare. This includes medication cost, doctor’s fees and travelling cost to meet the doctor.

Additionally, mental illness requires medication for longer durations. Most do not seek treatment or, as in Raman’s case, lack insight and therefore refuse treatment. It is estimated that 40 per cent of people with psychotic disorders may never seek treatment — the reasons are multifarious, e.g. distance from treatment centre, superstitions regarding mental illness, lack of awareness that it is a treatable disease, lack of resources, etc.

A contributor to non-treatment and burden on the family is the stigma of mental illness. Studies show that fear of rejection by neighbours and society and the need to hide the fact from others were some of the more stigmatising aspects of mental illnesses. Many caregivers reported feelings of depression and sorrow. A father a few weeks back killed his autistic daughter and committed suicide himself in Punjab — a sad testimony to the stress faced by caregivers. A six-year-old boy is thankful when his mother is in hospital and tells her not to come to his school as he feels embarrassed. Many go to soothsayers, ‘Babas’, and take treatment for black magic.

To accept that it is a mental illness is difficult for many — one man told me his wife was a Princess of Iran in her previous birth and that is why she behaved in this manner. He stopped her medication.

In developing countries like India, the family has been the main caregiver unlike the West where psychologists and social workers are the ones who provide care, arrange assisted living for patients and arrange admission when required. Hence, the intangible cost faced by families of PMI in India is likely to be much higher.

Families have to set aside a large chunk of time to look after the person with mental illness and consequently suffer economic and social deprivation themselves. For the mentally-ill persons, even though they may be in remission, it may be difficult to hold onto a job and once lost, a job is often difficult to get due to the stigma involved. Like our protagonist, Raman, they end up non-productive, exacting a heavy toll on society. As many a relative will aver, their day begins and ends with dealing with some emergency or the other.

All this has a manifold and substantive impact on communities. Questions arise of how they would live after the caregiver is gone, how they would manage their finances while living alone? This is a growing iceberg as many a time the sibling may be unavailable or unwilling to care for the PMI. Witness the increasing reports of people being found seriously ill or starving in tomb-like flats. It is high time the Indian Government takes cognisance and puts a system in place as investing in mental health will eventually help in stemming loss of productivity and homelessness.

As Elyn Saks, a professor at the University of Southern California Gould School of Law, wrote: “Thirty years ago, I was given a diagnosis of Schizophrenia. My prognosis was ‘grave’: I would never live independently, hold a job, find a loving partner, or get married. My home would be a board-and-care facility, my days spent watching TV in a day room with other people debilitated by mental illness.”

She though bucked the trend and today has an adjunct appointment in the Department of Psychiatry at the University of California, San Diego. Although she fought her diagnosis for many years, she came to accept that she has Schizophrenia and will be in treatment the rest of her life. She writes and speaks on her illness to help others come to terms with their diagnosis. People like her, like Raman and many others have the right to live with dignity just as anyone with diabetes or hypertension or heart disease. Mental illness, after all, is an illness like any other.

(The writer is a Chandigarh-based psychiatrist. She can be reached at simmiwm@yahoo.co.in)