How Pearl Jam took on the music industry, and lost

Not for the first time in 1995, Eddie Vedder was taking a phone call about portable toilets. With their recent third album Vitalogy having sold nearly 900,000 units in its first week, Pearl Jam could at that moment claim to be the biggest rock group in the world. 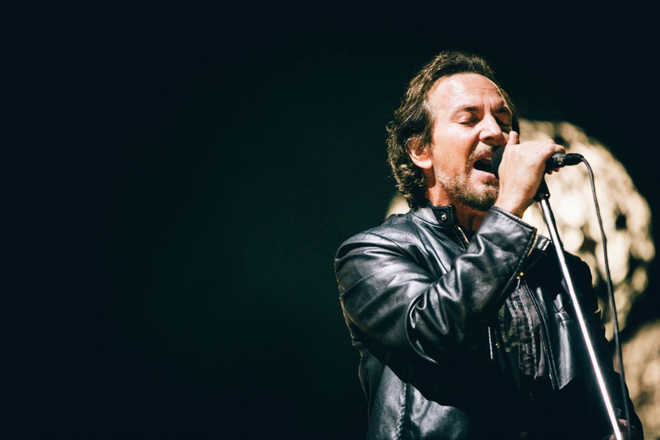 Not for the first time in 1995, Eddie Vedder was taking a phone call about portable toilets. With their recent third album Vitalogy having sold nearly 900,000 units in its first week, Pearl Jam could at that moment claim to be the biggest rock group in the world. Yet, far from revelling in their status, Vedder and his bandmates had picked a fight with ticket sales behemoth Ticketmaster.

Pearl Jam had pledged that their North American tour would skip venues that worked with Ticketmaster. But Ticketmaster had 90 per cent of the US touring circuit locked down. Boycotting it soon devolved into a waking nightmare, in which Pearl Jam had to personally handle the excruciating minutiae of putting on a live concert. Particularly undesirable was the nightmare of organising toilets.

Twenty-four years later, as Vedder prepares to play a Wembley solo show as support to his musical heroes The Who, it seems surreal that a band at Pearl Jam’s level would ever take on Ticketmaster. The company merged with Live Nation in 2010, creating a corporate titan, as The New York Times noted last year.

Ticketmaster was already a goliath when Pearl Jam made their stand in 1995. The story of how the grunge band took on the company and ultimately failed is a cautionary tale for anyone daring to go up against the forces that hold the power in music. This was a battle in which not even the biggest band in the world had a chance.

It also tells us a great deal about human nature. Pearl Jam had hoped, perhaps expected, that other independently-minded artistes would lock arms with them. None did. The dispute had its origins in two free concerts that Pearl Jam played in Seattle over Labour Day weekend in 1992. Ticketmaster demanded a $1 service charge on each ticket. This, Pearl Jam felt, stretched the definition of “free”.

Vedder and his bandmates distributed the tickets themselves. Twelve months later, the group set a limit of $18 for concert tickets, over the objections of promoters. They also lowered the cost of their T-shirt prices from $23 to $18. In all this, the band personally sacrificed $2m in revenue.

In 1994, they said they would again only play venues that went along with the $18 ticket price. They also insisted ticket-distributor charges — the notorious “service charges” tacked onto each sale — were $1.80 or less. Ticketmaster’s standard service charges in the US at that time ranged from $4 to $8. With neither side budging, their summer 1994 tour was cancelled. The loss to Pearl Jam was in the region of $3m. But they weren’t for turning. Following the release of their third album, Vitalogy, in November 1994, they announced a North American summer tour that would take place exclusively in non-Ticketmaster arenas and stadiums. What this meant, essentially, was arranging their own venues from scratch and selling tickets themselves. Pearl Jam were a huge band — perhaps the biggest in the world at that point. But the effort pushed them to breaking point.

“We were so hardheaded about the 1995 tour,” said bassist Jeff Ament. “Had to prove we could tour on our own, and it pretty much killed us, killed our career.”

Bad luck played a part. That June, Pearl Jam were scheduled to perform in San Francisco. Hours before, Vedder was rushed to hospital with food poisoning. The band was forced to cancel the next five dates. Still, things seemed moving. In 1994, they had been called to testify before US Congress. And the justice department announced to investigate claims that Ticketmaster operated a monopoly over ticket sales, but ultimately concluded that it was not breaching anti-trust laws. In July 1995, it tersely announced its investigation was closed.

Pearl Jam clearly felt let down when other artistes refused to join the boycott. Having done their best, they eventually accepted the reality that stared them in the face, and were soon organising their tours through Ticketmaster.