HRERA order to aid of home buyers in Gurugram alone

CHANDIGARH: A recent order passed by the Haryana Real Estate Regulatory Authority (HRERA), Gurugram, is expected to go a long way in addressing concerns of home buyers, but the order will be applicable to projects in Gurugram alone and not to those in other satellite towns of the state. 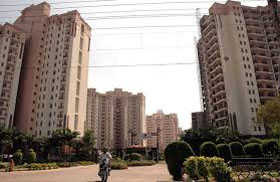 A recent order passed by the Haryana Real Estate Regulatory Authority (HRERA), Gurugram, is expected to go a long way in addressing concerns of home buyers, but the order will be applicable to projects in Gurugram alone and not to those in other satellite towns of the state.

According to legal experts, the judgment delivered by the Bench headed by HRERA Gurugram chairman KK Khandelwal and members Samir Kumar and Subhash Chander Kush has ended confusion about the applicability of the Act and registration of projects.

This decision in the case of Simmi Sikka versus Emaar MGF has also ended the controversy regarding ongoing projects, which have now been treated as projects where completion certificate has not been issued prior to commencement of the Real Estate (Regulation and Development) Act, 2016.

The judgment says that the projects, whether or not registered under RERA, are both covered in the ambit of Real Estate (Regulation and Development) Act, 2016.

Regarding workmanship and structural defects liability, a complaint could be filed by the allottee in case the possession of the real estate was within five years prior to the date of complaint.

Sources in the real estate sector said that the decision would neutralised the effect of dilution of RERA in Haryana, which had been a bone of contention between home buyers and builders as rules were being perceived in favour of the latter.

However, since the jurisdiction of the HRERA, Gurugram, was limited to the projects located in the Gurugram district alone, the judgment would have no effect on projects in other satellite towns of the state like Faridabad, Bahadurgarh, Sonepat, Panipat, Karnal and Panchkula.

The sources, however, said that the order could become valid for the entire state if the HRERA judgment in Simmi Sikka versus Emaar MGF was challenged in the Punjab and Haryana High Court and upheld by court.

Notably, while framing rules under the Real Estate (Regulation and Development) Act, 2016, last year, the state government had exempted a large majority of ongoing projects from the purview of the Act, allegedly under the influence of a powerful builders’ lobby.

Even Union Minister of State for Urban Development, Housing and Urban Poverty Alleviation Rao Inderjit Singh had taken strong exception to “dilution” of RERA by the state, saying it would deprive home buyers of the benefit of the legislation passed by Parliament for the protection of customers.

However, the state government came out with the “diluted” rules and said that it had taken care of the interests of home buyers as well as builders in the rules.