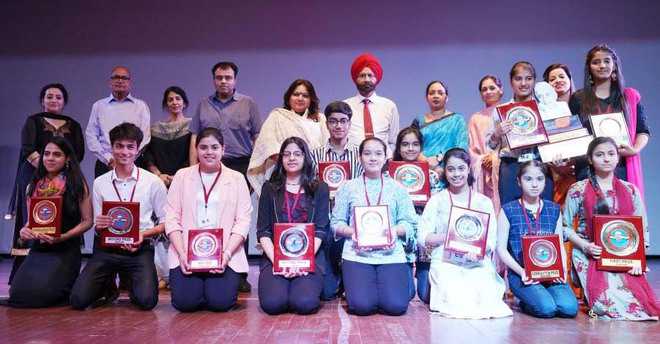 Winners pose with their trophies at the 26th inter-school declamation contest held in Ludhiana on Thursday. Tribune photo

The contest received an overwhelming response from schools across Ludhiana. The contest, which was held in English, Hindi and Punjabi, saw a participation of 52 students from 26 schools competing with each other for the Nehru Championship Trophy. Col (Retd) Amarjeet Singh was the chief guest for the competition. The judges of the competition were drawn from various colleges of the city.