It is impossible to fake on camera: Salman Khan

PANAJI: Superstar Salman Khan believes it does not matter how good one is as an actor, one cannot afford to fool the audience by being a “fraud” on camera. 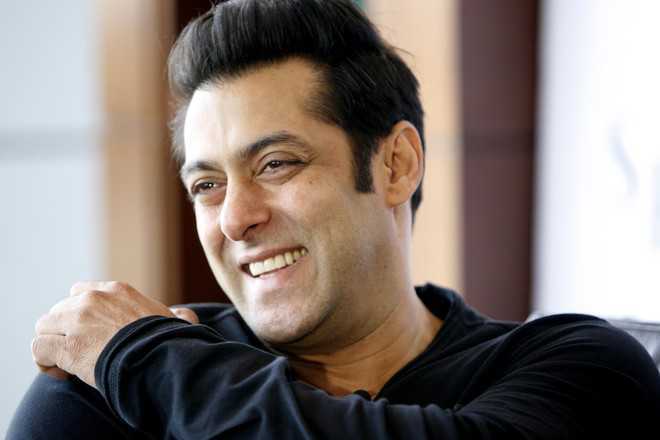 Superstar Salman Khan believes it does not matter how good one is as an actor, one cannot afford to fool the audience by being a “fraud” on camera.

The 52-year-old star, who has a huge fan base, says it is necessary for an actor to be real and give the audience an insight into their original personality.

“It is impossible to fake on camera. When you are playing a character, you can’t fake. Whatever we do on-screen--the dialogues, emotions and expressions--they come from our personality. It is somewhere a part of us.

“Camera has the power to catch if you are a fraud. You can fool people for some time, but you can’t fool all the people all the time. It will come out one day. One may try hard to hide their real self, but it is impossible. You have to be yourself, otherwise people won’t be able to relate with you and then there is no success,” Salman said in an interview here.

The actor said the layer a performer wears while essaying a role becomes even thinner when they come on television as it is a medium which is closest to the audience.

“Whenever I am there on TV, it is the real Salman. There is no pretence. There is no ‘dialogue baazi’. Whatever experiences I have had in my life, I share with people. What has troubled me and my parents, I share that as well because there is a direct connection between me and them,” he added.

After the success of ‘Dus Ka Dum’, Salman’s hosting gig at ‘Bigg Boss’ was well-received by the audiences. But the actor said  (initially) it was not easy for him to show his real side on television as he was always surrounded by controversies.

“I was scared to do TV because I was in and out of jail. There were so many controversies and here I was showing my real self on television. It doesn’t make much difference to me but when people call your parents and they tell them ‘Salman did this and that’, it just kind of messes them up and it troubles me. They know it is not true but still people do this...”

The ‘Sultan’ star said his parents always got anxious whenever they saw police around their house.

“One day some cops entered our building and my mom got anxious, she asked them ‘what happened?’ They told her there was fire on the fourth floor. This is the amount of stress they have.”

The actor said it was his father, veteran screenwriter Salim Khan, who advised him to do television as he believed it was important for Salman to show his usual self on the camera.

“I shared my concerns with dad and he said, ‘You improvise for your characters and they are different from you. But this is your own personality. Do you think you have any malice in your heart or you are some twisted person?’ He said, ‘Go and show the world how you are in real. How you are with us, your siblings and your friends.’ (After that) I felt it is okay to share my personality with viewers,” he said.

The show will air on Colors channel from September 16. PTI