SRINAGAR: Three militants of Hizbul Mujahideen were killed in a gunbattle between militants and security forces in Shopian district of Kashmir on Monday. 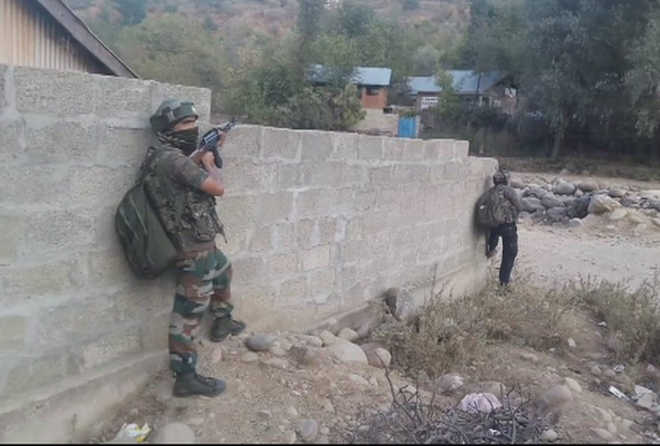 Security personnel take position during an encounter in Shopian on Monday. — ANI

Three militants of Hizbul Mujahideen were killed in a gunbattle between militants and security forces in Shopian district of Kashmir on Monday.

The three militants killed in the encounter have been identified as Zahid Mir, Asif and Irfan Abdullah, all residents of Shopian district.

All three were associated with Hizbul Mujahideen.

Security forces surrounded Gatipora village in Shopian in the afternoon following information about a group of militants hiding there.

"When the security forces closed on a house in which the militants were hiding, the militants opened fire at them, triggering a gunfight,” a police official said.

The gunfight ended after three militants were killed, police added.