JAMMU/KATHUA: With 424 patients testing positive for dengue since the disease broke out this season in the region, particularly Jammu and Kathua districts, the state administration has been caught napping in dealing with the outbreak. 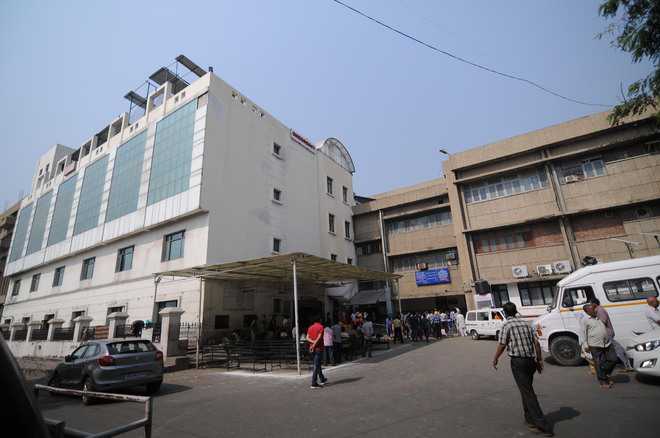 With 424 patients testing positive for dengue since the disease broke out this season in the region, particularly Jammu and Kathua districts, the state administration has been caught napping in dealing with the outbreak.

The fear-stricken patients, who failed to get “basic treatment” in state-run hospitals, were forced to move to private hospitals outside the state. According to official sources, the blood samples of as many as 2,704 patients were taken in Jammu province till today. Of these, 424 have tested positive while the report of 179 is awaited.

“In Jammu district alone, the number of dengue cases is 327. Nearly 250 cases were from the Jammu city areas, thereby raising a question mark on the preparedness of the Jammu Municipal Corporation, Health department and other departments,” a source said.

Similarly, panic has gripped the residents of Kathua — the gateway of J&K — where 81 patients tested positive for dengue till today. Despite the fact that a majority of suspected dengue patients were from a few pockets in Kathua town, the authorities failed to take suitable remedial measures to control the disease.

Furthermore, the inordinate delay of the authorities in providing the confirmatory ELISA-IGM test reports for detection of dengue created a scare among the suspected patients who rushed to private hospitals outside the state where the reports are made available within hours.

Recently, major hospitals in Jammu and other districts ran short of kits for conducting the ELISA-IGM tests. Consequently, the patients were either kept waiting for days together or they went to private hospitals for early treatment.

This could be gauged from the fact that 220 suspected patients of dengue from the Jammu region were admitted to Dayanand Medical College and Hospital (DMCH), Ludhiana, which was most preferred hospital for the patients from the region, in the past two months. Of these, 148 tested positive and were provided “satisfactory” treatment at the hospital. The number of unreported cases was quite high.

“I was forced to take treatment at the DMCH because the district hospital lacks basic facilities to deal with dengue. The administration is also equally responsible as it did not take preventive steps to check the dengue scare,” said Narinder Sambyal, a resident of Ward number 4 in Kathua.

Mahipal Sharma, husband of a dengue patient, said he shifted his wife to Ludhiana after she tested positive for dengue. “Poor patients are deprived of quality treatment as the district hospital has no facility to diagnose dengue. It takes more than a week to get the confirmatory test report. This forces patients to get treatment at private hospitals,” he said.

Chief Medical Officer, Kathua, AK Choudhary said, “A total of 81 cases of dengue cases have been reported in the district so far and a majority of the patients have come from the town, particularly Ward numbers 5, 6 and 7. We have now provided dengue test facility in the hospital. As the mercury is dipping and the breeding season of mosquitoes is coming to an end, we hope the scare will lessen soon.”

Dr JP Singh, Epidemiologist, Jammu division, said a total of 2,704 samples were collected from the division till today. Of these, 424 patients tested positive. “The problem needs collective efforts. Citizens, Health department and civic body need to work in close tandem in minimising its impact. The favourable conditions for the spread of dengue are between 25-35 degrees C. With the fall in temperature, its intensity will come down,” he said.