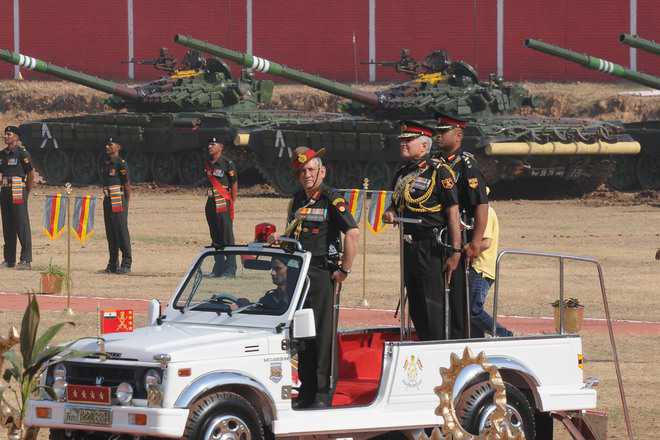 The Army Chief praised the regiment for its commitment towards the country and hoped that the regiment would work selflessly in future also. He congratulated all ranks of the regiment.

The 47 Armoured Regiment was raised at Babina on November 15, 1982, by then Colonel Tejvir Singh Sirohi, who was later promoted to the Brigadier-rank. Brigadier Sirohi is the founding father of the regiment and was at the helm of affairs till July 30, 1984. It is the first armoured regiment to be equipped with T-72 tanks on raising, which is a unique distinction.

The significance of the Standard is that Guidons and Colours are presented to the Army units on approval of the President in recognition of their meritorious service rendered on the battlefield.