SRINAGAR: An Army soldier and six militants were killed in a gunfight in south Kashmir’s Shopian district, officials said. The gunfight broke at Kapran village of Shopian around 1.30 am. 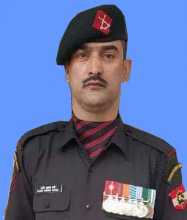 An Army soldier and six militants were killed in a gunfight in south Kashmir’s Shopian district on Sunday, officials said.

A civilian was also killed, while over a dozen were injured in clashes that broke out at the encounter site following the gunfight, the officials said.

The slain soldier has been identified as Lance Naik Nazir Ahmad Wani (38) of Cheki Ashmuji village in Kulgam.

The gunfight broke at Kapran village of Shopian around 1.30 am when a joint team of the police, Army and CRPF were carrying a cordon and search operation after a specific input about the presence of militants in the area.

“As the forces zeroed in on the suspected area, the militants opened fire, triggering a gunfight. In the gunfight that followed, one Army soldier and six militants were killed,” a police officer said.

This is the second major encounter in south Kashmir since Friday. On November 23, six local militants, including a top Lashkar-e-Toiba commander accused of murdering top journalist Shujaat Bukhari in June this year, were killed in a gunfight in Bijbehara area of Anantnag district.

One militant is suspected to be a Pakistani.

An unverified picture of militant commander Umar Majeed had surfaced on social media recently walking around Lal Chowk, the heart of Srinagar.

Lt Fayaz was abducted by militants from Batpora village of Shopian on the evening of May 9, 2017, where he was attending the marriage ceremony of a cousin. His bullet-riddled body was found the next morning in an orchard.