Amid mounting tension between India and Pakistan following the Pulwama terror attack, an eerie silence prevails in the villages along the 198-km International Border in the Jammu region. 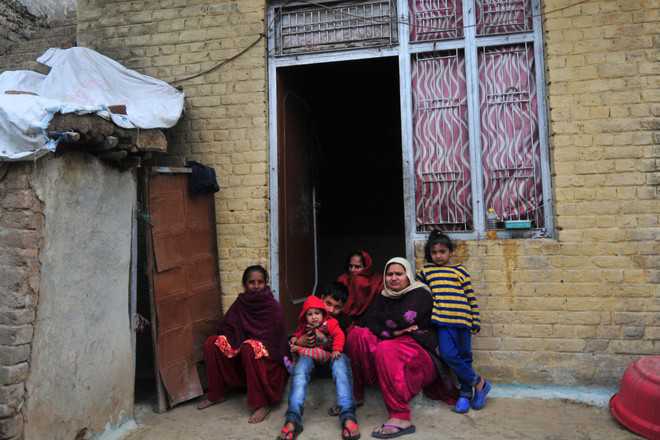 People living along the International Border are unsure about the situation. Inderjeet Singh

Amid mounting tension between India and Pakistan following the Pulwama terror attack, an eerie silence prevails in the villages along the 198-km International Border in the Jammu region.

Residents of Londi village in the Hiranagar sector of Kathua district, which is a stone’s throw from the International Border (IB), said three major villages in Pakistan’s Amruchak tehsil — Sukhmal, Sukhechak and Chajar — located opposite their village had been vacated by the Pakistan Rangers.

Fear has gripped the villagers who are uncertain about the situation against the backdrop of the killing of 40 CRPF men in the Pulwama suicide car blast and the subsequent worsening of relations between the two neighbouring countries.

From Londi to Changia, where the Tribune Team visited on Wednesday, fear and uncertainty was visible in the border residents of Kathua, Samba and Jammu districts. An eerie calm prevailed in the areas.

Senior state officials remained tightlipped over the situation. They, however, said they had prepared a contingency plan and were ready to deal with any situation.

As per the official data, 457 villages with a population of 4,51,856 are located along the IB and the Line of Control in Kathua, Samba, Jammu, Rajouri and Poonch districts in the Jammu region. Residents of the villages are the worst victims of the Pakistan shelling and firing.

Of them, over 1.50 lakh people are living along the 224.5-km-long stretch of the LoC in the Jammu region and the rest live on the International Border.

Jammu: The Pakistan army violated ceasefire along the Line of Control (LoC) in Jammu and Kashmir’s Rajouri district for the second consecutive day on Wednesday, prompting the Army to retaliate, a defence spokesperson said. “Around  6.30 pm on Wednesday, the Pakistan army initiated unprovoked ceasefire violation by resorting to heavy shelling with mortars and firing of small arms along the LoC in the Kalal and Nowshera sectors of Rajouri district,” the spokesperson said. The Pakistan army had resorted to unprovoked firing along the LoC in the Nowshera sector of Rajouri on Tuesday as well. The year 2018 had witnessed the highest number of ceasefire violations — 2,936 — by Pakistani troops in the past 15 years along the Indo-Pak border. PTI