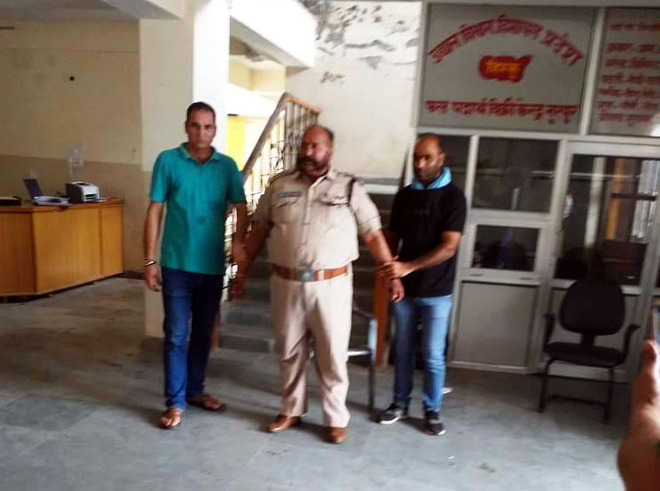 The accused in custody.

As per information, the accused had demanded Rs 50,000 from the resident of Jawali for hushing up a complaint relating to SC/ST Act against him. The complainant had submitted his complaint to the Vigilance and Anti Corruption Bureau which laid a trap to nab him red handed.

According to Arul Kumar, SP Vigilance Kangra, the accused had taken Rs 5,000 in advance three days back and called the complainant in mini secretariat at Nurpur for taking Rs 35,000 on Monday. He said the bribe money accepted by the accused DSP was recovered on the spot. He would be produced in the district court at Dharamsala on Tuesday. He said further investigations were on in this connection.

Meanwhile, SP Kangra Vimukat Ranjan said after receiving report from the Vigilance Bureau he would submit it to the state government of further departmental action against the accused DSP. A case under prevention of corruption act has been registered against the DSP.

Interestingly the DSP Jawali was at loggerheads with the BJP MLA from Jawali. He was transferred out of Jawali but had got a stay order from the court.