SHIMLA: Lahaul-Spiti and Kinnaur have registered a decline of more than 50 per cent in the arrival of both Indian and foreign tourists from June to the second week of August — the peak season in the tribal belt. 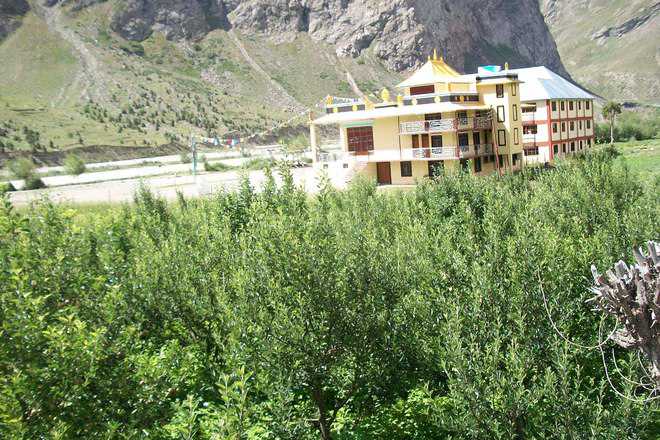 Lahaul-Spiti and Kinnaur have registered a decline of more than 50 per cent in the arrival of both Indian and foreign tourists from June to the second week of August — the peak season in the tribal belt.

Hoteliers, home stay owners and travel agents, who have suffered the most, have attributed the decline to the permit system introduced by the National Green Tribunal (NGT), bad condition of national highways, frequent landslides and jams on the Shimla-Kalka-Kinnaur and Chandigarh-Manali highways, which were being four-laned.

Sources said since the tribunal had ordered the plying of a limited number of vehicles to the 13,500-ft Rohtang Pass, the main gateway to Lahaul-Spiti, and made it mandatory to secure permit, the arrival of the tourists in the tribal belt had dipped sharply.

There were 88 hotels, 258 home stay units and 13 travel agencies in Lahaul-Spiti and 73 hotels, 66 home stays and 19 travel agencies in Kinnaur. “Tourism is a major source of livelihood for us. However, occupancy this season remained only 30 per cent,” said hotel and home stay owners.

Tashi Hyarpa, president of the Hoteliers’ Association of Lahaul-Spiti, said the introduction of the permit system for entry to the Lahaul valley was a major setback for them. Even after trying for days together, tourists and trekkers did not get permit, which were obtained online, in the months of June and July. Now the permits were easily available, but the tourist season was almost over, he said.

“It has become difficult for us to give salaries to staff members and clear other bills due to the lean season,” said Tashi.

He said taking an advantage of the situation, taxi operators had been fleecing tourists. This also forced them to avoid visiting the area.

He said due to heavy snowfall and the slow pace of snow-clearing operation, the BRO had opened the Rohtang Pass to tourists and trekkers heading for Lahaul-Leh, Zanskar, Killar, Mayar, Thanpattam, Spiti, Chandratal late in June this year, which also hit tourism hard. Kinnaur hoteliers, too, had a similar story to share.

RS Negi, a travel agent, said the news of Army jawans going missing in an avalanche in Kinnaur, followed by landslides on the Shimla-Kaurik highway and trekkers, too, going missing in higher peaks also had a negative impact on tourists, who preferred to visit North-East and other destinations abroad.