Life in jail till death for 2 auto gang rape convicts 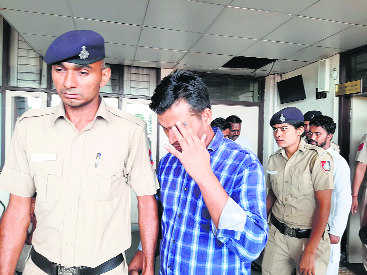 Recently, the prosecution had moved a file to add Section 376 E (enhanced punishment for repeat offenders) against Irfan as he was convicted on August 31, 2018, in another gang rape case committed near Sector 56.

The court, while deciding the enhanced punishment for Irfan as per provisions of Section 376 E, stated that the convict was to be awarded either life imprisonment till death or the death penalty.

However, the local court referred to a Supreme Court case in which it was held that the extreme penalty of death need not be inflicted except in the gravest of cases.

“Although Irfan is a convict in another case and has been charged under Section 376 E, the present offence does not fall in the rarest of rare cases,” said the court.

“Accused Kamal Hasan had accompanied the main accused and committed a serious offence and needs no leniency,” read the order.

On December 13, 2016, a 23-year-old girl had hired an auto near Piccadily Chowk which had two persons — the driver and another person seated on the back seat. After the victim boarded it, the auto driver accelerated and jumped the red light at Sector 32. The auto was taken to an isolated place where the driver and the other person gagged her and raped her. She was dropped near Tribune Chowk and the convicts put a Rs 100 note in a pocket of her trousers asking her to buy contraceptive pills.