A year of biopics

hile Bollywood has explored this genre pretty well, it is now Punjabi cinema’s turn, to turn to biopics. 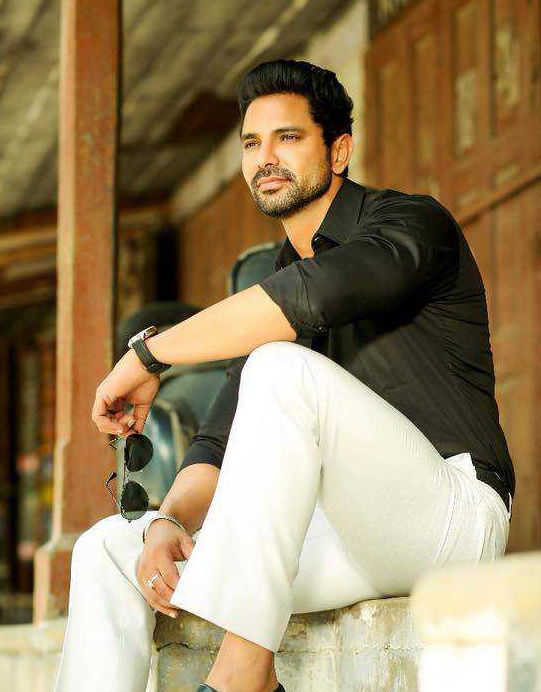 While Bollywood has explored this genre pretty well, it is now Punjabi cinema’s turn, to turn to biopics. In 2018, Subedar Joginder Singh, Rangroot, Harjeeta and Rupinder Gandhi, Dakuaan Da Munda were some of the films we saw on real life heroes.

This year, we might get to see many more such real-life based stories. A production house will soon be producing Punjabi film Sarabha, a biopic on freedom fighter Kartar Singh Sarabha who joined Ghadar Party at the age of 17. The makers have also shared the first look poster of the film.

Although there are rumours about a biopic being made on popular gangster Vicky Gounder, but nothing has been confirmed yet. On the other hand, producer Gunbir Sidhu gives his confirmation about the upcoming biopic based on flying officer Nirmal Jit Singh Sekhon, PVC, an officer of the Indian Air Force who was posthumously awarded the Param Vir Chakra. Although the screenplay of the film is ready, the production house is looking for the right actor to portray the role.

“Punjabi cinema is totally ready for biopics, the medium needs a lot of research, which of course we can do,” adds the producer who has already acquired the rights for the film.

Amongst the biopics that the audiences will see in 2019, the one on Chamkila is still in the pipeline. In fact, two known artistes from the Punjabi entertainment industry have already claimed about acquiring the rights of the film. Popular actor-singer Roshan Prince has been working on this story for a long time but nothing has been confirmed yet!

Yet another much talked biopic based on Bhai Jiwan Singh ji called Bhai Jaita starring Gippy Grewal is also in the pipeline. Although, the first look poster of the film was released on social media, no fresh news on the film has come yet.

“Although in 2019, you will see many films like Sidhu Moosewala’s I am a Student, Harish Verma’s Nadoo Khan, Train To Bikaner based on real life incidents, Punjabi directors and producers are still not very confident about biopics,” shares producer Harjot Gill.

Harjot Gill could be right, but amidst this we hear a new sports biopic on popular kabaddi player, Harjeet Brar Bajakhana to be written by Gurpreet Bhullar. Although the makers are still finalising the star cast, it has been heard that actor Kartar Cheema has been approached to play the lead in the film. Harjeet Brar Bajakhana was a professional kabaddi player born in Bajakhana village Faridkot who was a raider in circle style kabaddi.

While Bollywood has become comfortable with the genre of biopics, Punjabi film industry is still exploring the creative and the commercial aspects of it.

Dream Reality Movies and Ravneet Chahal has also announced their project based on the honour killing case of Jassi Sidhu (Jaswinder Kaur) & Mithu (Sukhwinder Singh Sidhu). It is the same murder conspiracy which shook many to the core. In a post by the makers, they mentioned “After the success of Rupinder Gandhi 1,2, Dakuaan Da Munda and upcoming Kaka ji D.S.P DEV Dream Reality Movies Coming with another biopic based on jassisidhu murder.”