How to open the lotus of the heart?

Anahata chakra, also called hrit-padma, or ‘heart-lotus’, is the gateway to the divine, to virtue, wisdom and bliss. It is the locus of the astral self, three steps above muladhara chakra anchored at the base of the spine, and three steps below sahasrara chakra, at the crown of the head. 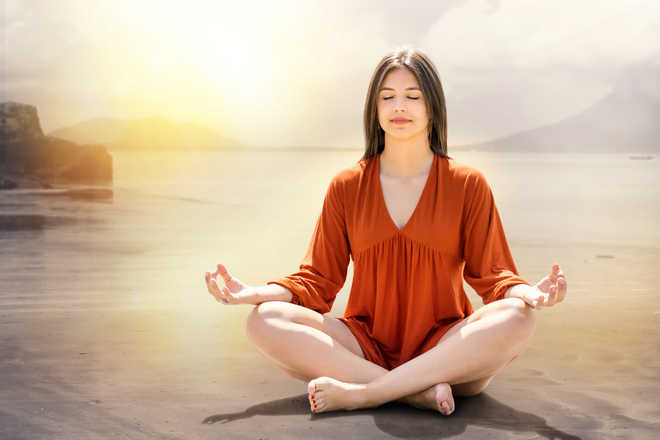 ‘Stop the flow of your words,

Open the window of your heart and

Anahata chakra, also called hrit-padma, or ‘heart-lotus’, is the gateway to the divine, to virtue, wisdom and bliss. It is the locus of the astral self, three steps above muladhara chakra anchored at the base of the spine, and three steps below sahasrara chakra, at the crown of the head. Associated with vayu, the air element, the sense of touch, the planet Venus and the leaping, black antelope or gazelle, it contains the universal life-force in its dynamic form. The vibration of the eternal, unstruck sound, called anahata, can be felt here in deep meditation. Located behind the heart and corresponding to the cardiac plexus, Anahata chakra illuminates and amplifies feelings, emotions, and the creative impulse. It integrates the masculine and the feminine energies, and heals mind and body.

The heart – the pivot of the cardiovascular system, is not just a muscle, about the size of a fist, with two pumping chambers, ‘having the base above and the apex below’  that maintain the circulation of blood in the body, but an organ with its own mind, language, mood and will. By activating Anahata chakra one can broaden its range to receive messages from the higher ranges of the mind and respond to external stimuli in an effective way. If the chakra is working well one would be free from the seemingly incurable diseases of the heart, lungs and the thymus gland having ‘a relation with our emotional being.’

The energy pattern of Anahata Chakra is usually represented through grey or green colours. Greys are neutral hues ranging from black to white but indicate states of weakness and inconsistency in sacred geometric figures. Green, a mixture of yellow and blue, epitomises freshness and growth inherent in nature.

To open, balance or optimise its working, one should practice yogasana, pranayama, and meditation with an awareness of thoughts.

To resonate with universal consciousness, one can use Anahata chakra as a focal point of meditation. Through its regular practice, when the ego-mind is transcended, one would feel as if heavenly grace is enveloping one’s being. The inner voice would become audible, and love, in its infinite forms flow from within, making the life divine.