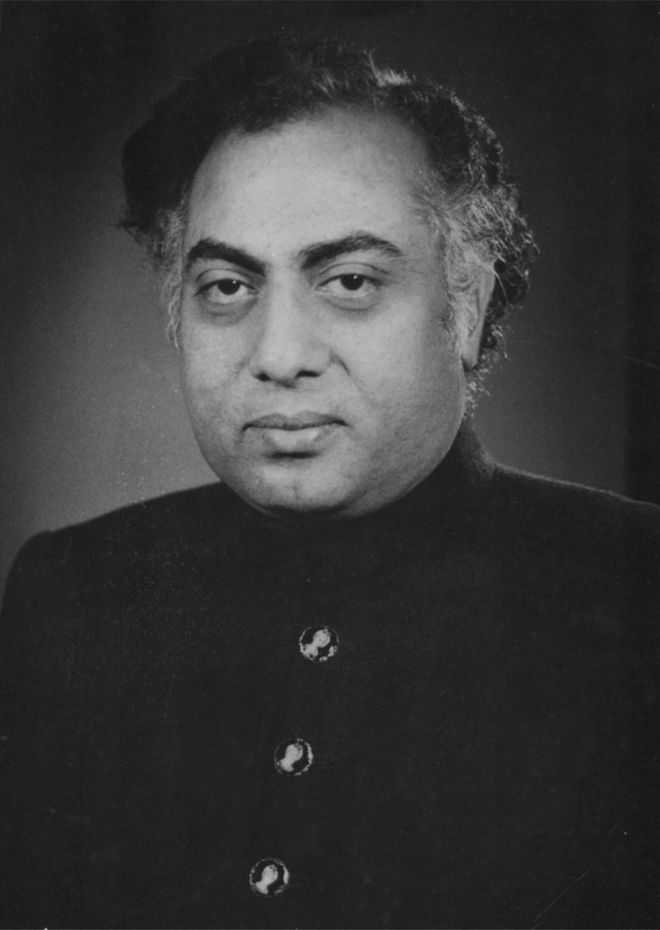 An audio-visual presentation on late Ustad Munawar Ali Khan Sahib will be given by Niharika Popli.

Ustad Munawar Ali Khan was born in 1930 in Lahore. He was the son of the legendry maestro Padmabhushan Ustad Bade Ghulam Ali Khan. Munavar Ali Khan trained under his father and his uncle Ustad Barkat Ali Khan. Munawar Ali Khan had a full-throated, powerful voice with open aakar, which adapted itself to different styles of Bandishes like Khayal, Thumri, Dadra etc.

Munawar Ali Khan was a top-grade artist at All-India Radio. He joined Bharatiya Kala Kendra in Delhi as a music guru. He has several discs to his credit both in India and abroad. He also sang for a Bengali film “Jaijawanti” (1971) with Sandhya Mukherjee. Munawar Ali Khan created many Khyals Thumris Geets and Ghazals. He also created a new raga named Malini Basant.

On at Tagore Theatre on March 17,  6pm onwards