Lotus of a thousand petals

Sahasrara padma, the lotus of a thousand petals, also called the Crown chakra, is symbolic of supreme consciousness and spiritual enlightenment. 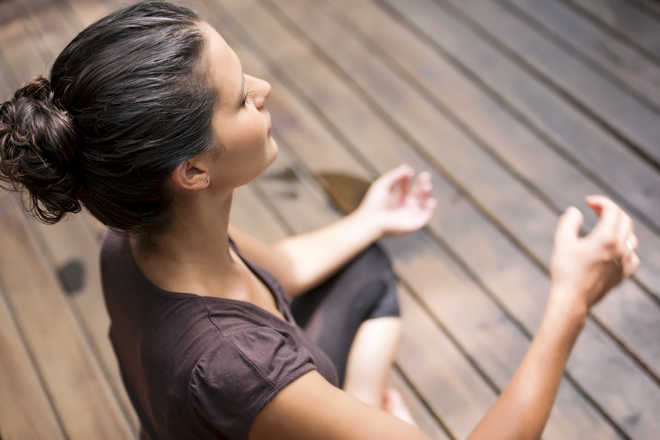 Sahasrara padma, the lotus of a thousand petals, also called the Crown chakra, is symbolic of supreme consciousness and spiritual enlightenment. It is connected with the universal mind and holds the elixir of life. It is the domain of supreme truth, beauty and bliss that can be reached after one balances and aligns all the energy vortices in the body - from the root, the sacral, the navel, the heart, and the throat to the brow - and embarks on a journey to the ultimate source of everything. The magnetism of  root chakra, passion of sacral chakra, power of navel chakra, un-struck sound of  heart chakra, pure expression of throat chakra, insight and command  of brow chakra – all these currents of vital energy join to bring about the loftiest state of  awareness in which one perceives the microcosmic self in the macrocosmic reality.

During meditation, when consciousness reaches the brow chakra level, one is able to decode one’s propensities, thoughts and dreams, but as one goes higher, one experiences shunyavastha, the voidless void of being, that is bereft of observable matter but full of potential energy. While the blossoming of the brow chakra triggers reflective awareness and paranormal experience, the crown chakra opens one to supreme silence, and the mystery beyond. The former governs the function of the higher mind, the latter is a no-mind-state. If the brow chakra can be called the eye of wisdom, the crown chakra is the wisdom that liberates. The former is a portal to infinity, the latter is blossoming of consciousness in the infinite state. Consciousness precedes any cognitive experience. It is said to be ‘without an object and without a subject.’ When the Supreme Self is experienced, one receives flashes of divine inspiration, and becomes silent. Whispers of eternity ensue due to expanded awareness that transcends the physical senses.

Located at or above the head, the crown chakra is associated with the cerebral cortex, the pituitary and the pineal glands. It is pictured as adhomukha mahapadma – a downward- facing, great lotus, having 20 layers of 50 petals each, radiating light of all hues, coming straight from the heaven. Its basic colour is white as that of the full moon, which symbolises purity, divinity, death and rebirth. The human aura absorbs whiteness, splitting it into different colours that reflect in various chakras, corresponding to their nature and functions. Since the aura of an enlightened person is believed to emit hues of violet or magenta - the colours which have a positive impact on the limbic system of the brain - some argue that the crown chakra must be depicted through these colours.

To awaken the crown chakra one needs to draw one’s consciousness from lower chakras, one by one, using spiritual techniques, and observe inner silence - the key to self transformation. In moments of deep silence alone, are the profound truths of existence unveiled, and prophecies made.

Daily practice of physical postures, body-locks, mudras, breathing exercises, chanting of mantras, yoga-nidra, mind-focusing, meditation, and such other methods, are helpful in increasing self awareness. Yet, spiritual enlightenment does not come by planning or external acts, howsoever perfect they may be, but by divine grace. It occurs suddenly after one has totally surrendered to the Supreme Lord.  The crown chakra is the ground of all being. All polarities - male and female, negative and positive, matter and mind, light and darkness – merge, when Shakti, coiled like a serpent at the root chakra, rises up through sushumna, the central axis of the spinal column, to be in Shiva’s lap here. It is the renaissance of the inner self – the birth of a new being who perceives all existence as one.