CHANDIGARH: The ‘Kabir Singh’ actress Kiara Advani has become a fan favourite. One of the actress’s fans has found an interesting way to keep his mobile phones charger safe from others, which has even left Kaira in splits. 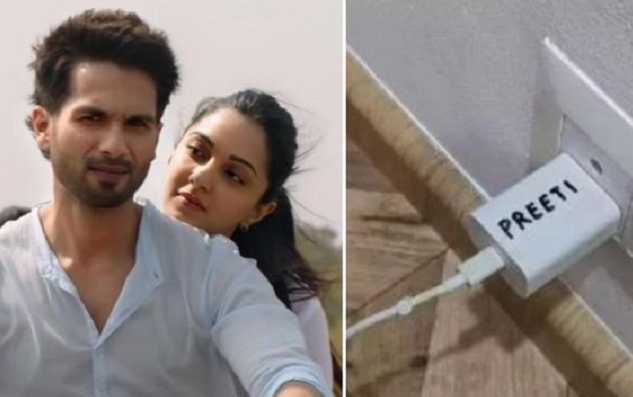 The ‘Kabir Singh’ actress Kiara Advani has become a fan favourite. One of the actress’s fans has found an interesting way to keep his mobile phones charger safe from others, which has even left Kaira in splits.

The fan named his charger after Kiara’s character in ‘Kabir Singh’— Preeti.

‘Ab koi mera charger touch nahi karega,’ the fan captioned the image. Kiara reposted the image on her Instagram story and said: “Hahaha one of the best one.”

The fan was referring to the scene, when the lead actor Shahid Kapoor thrashes a man for misbehaving with his girlfriend, Preeti.

Shahid played a violent, short-tempered man, who was very possessive about his girlfriend.

Kiara’s act was appreciated by many and also criticised by several.

Recently, Kareena Kapoor in an interview revealed that she would not be interested in playing such a character.

“I haven’t seen the film. But clearly it hasn’t affected anything because the movie has made over Rs 300 crores. So, it’s a double edged sword. Because there are people who are actually going to watch it and have found something that they love. Otherwise, it is not possible for it to have done so well. But I’m happy that people are talking about it and if you ask me, I don’t personally believe in a character like that because that’s not me as a person,” she said.