Ludhiana: In a special drive initiated by the city traffic police, over 150 challans were issued by the police for using pressure horns. 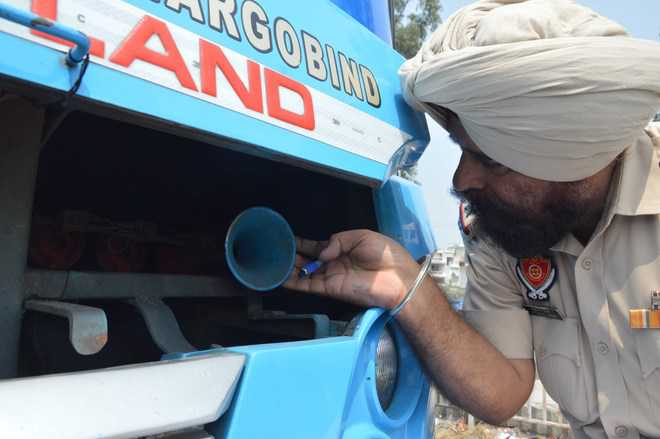 A policeman removes a horn during a special naka near the Jalandhar bypass on Wednesday. Photo: Inderjeet Verma

Ludhiana: In a special drive initiated by the city traffic police, over 150 challans were issued by the police for using pressure horns. Special nakas were installed near Jalandhar bypass and near Ferozepur Octroi. ADCP Traffic Sukhpal Singh Brar accompanied the traffic team at the naka. ACP Traffic Gurdev Singh said several buses and trucks were checked and whoever was found using pressure horns, were challaned. He said the police would continue with this campaign in the coming days as well. Notably, a few days ago, the traffic police along with the officials of Punjab Pollution Control Board had put up a joint naka at Verka Milk Plant, where dozens of buses and other commercial vehicles were challanned. TNS