Blue Whale a metaphor for the emotionally weak 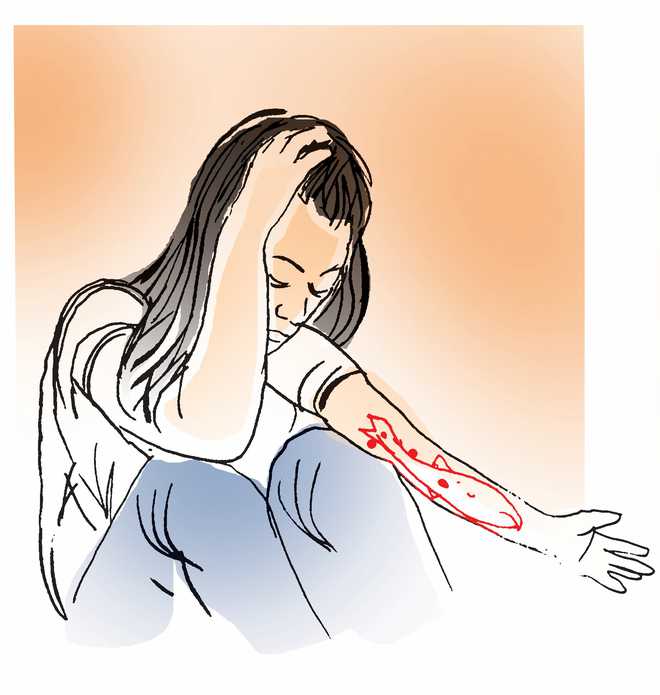 Banita is 30 years old. Single. Presentable. She runs business in the industrial city of Ludhiana. Apparently, it seems all picture perfect. But Banita is drifting through life. Till in one of her melancholy states she decides that she has had enough of life and attempts to commit suicide. Her mother is shocked and shaken. She manages to convince Banita to visit a psychiatrist. Banita is not very forthcoming initially, but she does talk of 'Blue Whale' and how she clicked on the 'link that came to her'. Her confession, in a voice that betrays no emotion: "My mind was disturbed. I had no desire to live."

In another case, Mohita, mother of a 13-year-old girl, is worried about her daughter's strange behaviour. City-based psychiatrist Dr Rajeev Gupta says Mohita's daughter has taken to drawing a whale on her arm. Her daughter's female friends, too, are doing it. They draw a whale whenever they feel stressed out!

Blue Whale (or rather whale) has become a kind of metaphor for emotionally fragile and psychologically weak individuals who are ill-equipped to handle a stressful situation. As a psychologist, Dr Ravinder Kala, explains: "These individuals are already disturbed and susceptible to influences. When there is a scare, things get magnified. Those with emotional issues may over-associate with something that is scary. Unstable individuals, with a high degree of suggestibility, may resort to self-harming behaviour."

Emotional vulnerability, lack of family support, disintegration of joint families, absence of emotional bonding - all are predisposing factors, says Dr Gupta.  "Flitting from one relationship to another, shifting one's loyalties frequently, indulging in a string of casual relationships, living in a highly-charged competitive environment may disturb an individual emotionally and lead to self-harming behaviour."

Psychiatrists advise that vulnerable individuals should be identified and the experts' help taken before it is too late. "Prevention of suicide is the responsibility of each and every individual. Never ignore a threat of suicide or attempted suicide. Seek the experts' help," says Dr Ravinder Kala.

(Names of patients have been changed to protect identity.)