LUDHIANA: The Ludhiana Commissionerate police are in news for wrong reasons. Two city cops have been suspended and two dismissed by the Police Commissioner (CP) in the last five days. 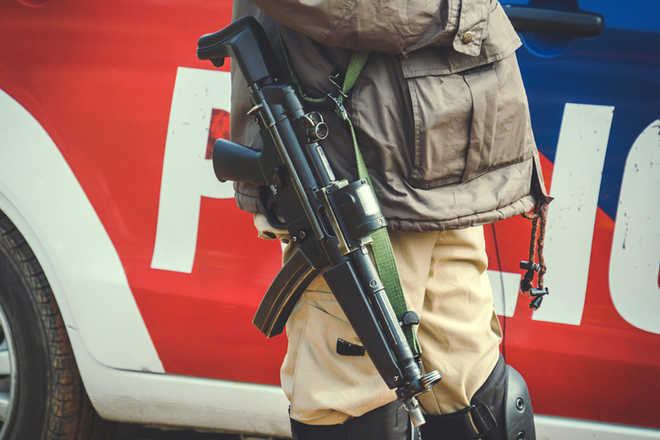 The Ludhiana Commissionerate police are in news for wrong reasons. Two city cops have been suspended and two dismissed by the Police Commissioner (CP) in the last five days. Two were suspended for adopting negligence attitude in a murder case while two others were dismissed for their involvement in drug racket.

Even on the day of joining, the CP, Rakesh Agrawal, had given a clear message to cops of the Ludhiana Commissionerate that he would not spare anyone if found involved in drug network or negligent in heinous crime cases.

Yesterday, the STF wing nabbed two head constables Gurpreet Singh (26) of Amritsar and Dharminder Singh (47) of Patiala, deployed at the Police Lines, and a woman smuggler identified as Anju Bharti of Dholewal with 12-gm heroin and 10-gm charas.

Anju’s husband Babbu Bharti is already lodged at the Central Jail, Ludhiana, in a murder case. Interestingly, these cops were in touch with Anju’s husband lodged in the jail over phone. After CP Rakesh came to know about the arrest, he ordered dismissal of cops from service.

Four days ago, when the police solved one-and-a-half-year-old blind murder case in which a businessman (45) was killed by his wife after conniving with her paramour and one more person, CP Rakesh found the conduct of the Sadar police station SHO, Inspector Sukhdev Singh, and the Lalto police post-in-charge, ASI Ashwani Kumar, irresponsible and they were suspended.

The SHO and SI faced suspension as they had not taken complaint of the deceased businessman seriously when his mother had approached the police and suspected her son was murdered by his wife.

Instead of taking action against the wife of deceased, both the cops did not initiate any action in the case. It was only when the CP constituted SIT headed by DCP (Detective) SS Dhindsa and ADCP (Investigation) Harish Dayama the case was cracked and wife of the deceased along with paramour was arrested.