PPCB to map sources of air pollution in industry

LUDHIANA: The Punjab Pollution Control Board (PPCB) has decided to map various sources of air pollution by industrial units in the district. 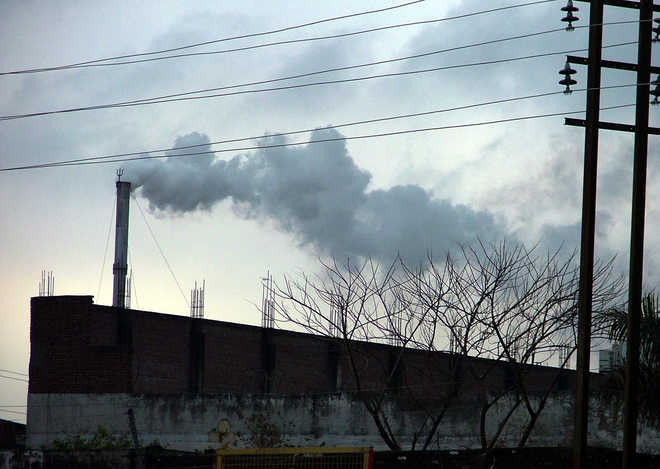 Industry is one of the major contributors to air pollution in Ludhiana. A file photo

The Punjab Pollution Control Board (PPCB) has decided to map various sources of air pollution by industrial units in the district. It will be done through satellite imagery of Punjab Remote Sensing Station.

During a meeting of board officials, chaired by the PPCB chairman, Kahan Singh Pannu, it was also decided to conduct water audit of all industrial units with a view to bring efficiency in the water utilisation in industrial processes. Water audit of industries will help in reducing overall quantity of industrial effluents generated, which will subsequently reduce the load on installed sewage treatment plants (STPs).

Besides, it was decided that with a view to earn wealth from waste and to reduce pollution load, spent acid generated by pickling units should be reused in dyeing industries, said board members.

“For this purpose, some industries in the city have been asked to carry out pilot studies,” they added.

Pannu advised board officials to adopt a proactive approach to reduce environment pollution by guiding industries to adopt such resource conservation measures.

What board has decided in meeting