Maneka''s new salvo: Grading of villages based on votes

LUCKNOW: Even before dust settled on her vote-for-job statements for Muslims, Union Minister Maneka Gandhi has made another statement—this time classifying villages on the basis of votes she gets. 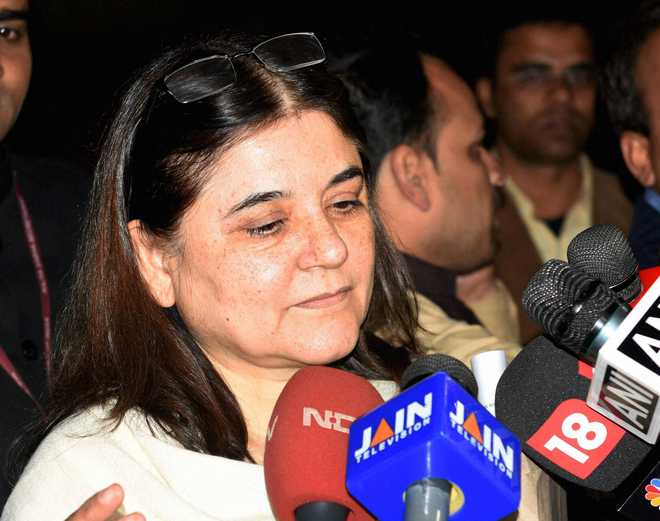 Even before dust settled on her vote-for-job statements for Muslims, Union Minister Maneka Gandhi has made another statement—this time classifying villages on the basis of votes she gets.

Gandhi, who is the BJP candidate from Sultanpur, said at a meeting: "I will develop an ABCD system and prioritise development work on this basis.

"Villages in A category will get priority in development and then will come the turn of other categories. It is up to you whether you make it to A, B, C or D. No one should fall in D category as we all come here to do well," she said.

Gandhi said that the BJP has also implemented the same category system at Pilibhit, from where her son Varun Gandhi is now the BJP candidate.

She is already facing a notice from the Election Commission for her earlier statement in which she said that if Muslims do not vote for her, they should not expect her to give them jobs.

"My feelings get hurt. If Muslims then come to me asking for work, then I will think let it be, how does it matter? After all, a job is a deal," making it clear that Muslims should not expect jobs if they don't vote for her.

Following her previous remarks, the Election Commission had issued a show-cause notice demanding an explanation.

Maneka Gandhi is contesting from Sultanpur where she is pitted against Sanjay Sinh of Congress and Chandra Bhadra Singh of BSP.

Sultanpur goes to polls in the sixth phase on May 12.  IANS