CHANDIGARH: As actor Akshay Kumar on Tuesday unveiled the first look of “Mann Bairagi”, a special feature on Prime Minister Narendra Modi, the poster set the social media abuzz and so did the actor who is playing the lead role. 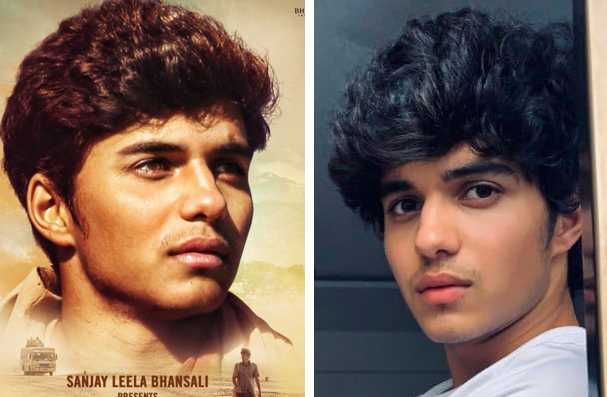 Abhay Verma in a poster (left) from ''Mann Bairagi''.

As actor Akshay Kumar on Tuesday unveiled the first look of “Mann Bairagi”, a special feature on Prime Minister Narendra Modi, the poster set the social media abuzz and so did the actor who is playing the lead role.

Abhay Verma, who hails from Haryana’s Panipat, took to Instagram to share the poster of the film and express his gratitude to the “masters of the craft”.

“I had imagined myself in a poster like this but I never thought it would happen this soon and that too under the influence of such masters of the craft. So excited to finally share the poster of my film Mann Bairagi, got to work with such an amazing cast and crew who’ve worked so hard to make every shot of the film worth seeing. This journey has just begun. Can’t wait for y’all to watch the film,” said Abhay who is in Mumbai for more than a year and is “trying to act”, as per his Twitter bio.

The actor took to Twitter on the occasion of PM Modi’s birthday to share the first look of the film, which is written and directed by Ssanjay Tripaathy.

The man you know, the moments you don't! Presenting the first look of our next production venture with Mahaveer Jain, #MannBairagi, a special feature dedicated to the defining moments of our PM’s life.#HappyBirthdayPMModi pic.twitter.com/4fDCKqnj1b

“Happy to present the first look of Sanjay Leela Bhansali and Mahaveer Jain’s special feature, #MannBairagi on the defining moment of our PM’s life on his birthday! #HappyBirthdayPMModi @narendramodi @PMOIndia @bhansali_produc” Akshay wrote in the caption.

“Mann Bairagi” is being described as an “untold story from the life of Prime Minister which has not been in the public domain so far”.

“What interested me in the story was it’s universal appeal and message. The story was very well researched and the turning point of our PM’s life, as a young man, really intrigued me. I felt that it’s a story that is unheard of and needs to be told,” Bhansali said in a statement.

Tripaathy said he is certain the film will be able to touch a chord with the audiences.

“For me, it’s a human interest story about the self discovery of a person who went on to become such a strong leader of our country,” he added.

Mahaveer Jain, who has produced the film with Bhansali, said, “‘Mann Bairagi’ brings out that defining moment in the journey of our PM which has not been in public knowledge so far. Surely it will connect amd inspire our today’s youth deeply. And that’s what excited us to work on this film.”

“Mann Bairagi” is expected to release later this year. — With PTI inputs