Ardaas Karaan weaves in a narrative high on humour and philosophy

This year Gippy is clearly on a 2. 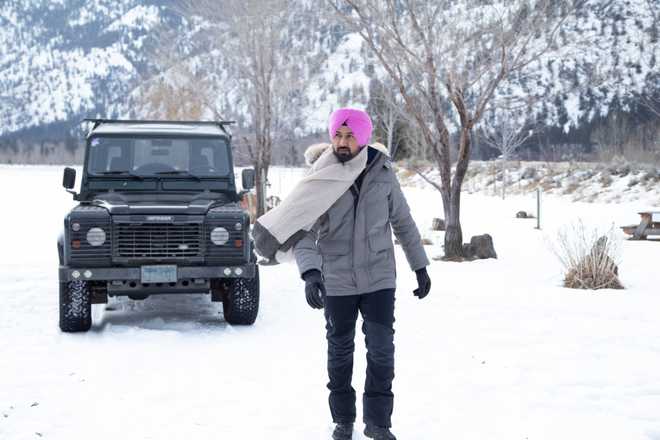 A still from Ardaas Karaan

This year Gippy is clearly on a 2.0 ride.  After Manje Bistre 2 hit the screens a couple of months ago, here comes  Ardaas Karaan, the sequel to the 2016 hit film Ardaas, the one that was well received by the critics as much as the audience. The credit rolls for this one too read more or less the same, with direction and cast being helmed by Gippy Grewal. Although Gurpreet Ghuggi is the real hero of the film, if by hero you mean the one who has the meatiest role, maximum dialogues and the most meaningful dialogues.

It’s tough to not give away the ending and render an honest opinion of the film. So for the sake of those invested, both behind the 70mm screen and the ones in front of it, we skip the Gurpreet Ghuggi bit and jump straight onto Gippy.  Actually before that the other three principal characters comprising Rana Jung Bahadur, Sardar Sohi and Malkeet Rauni, who belong to three different communities and are the best of buddies in Canada. They share similar problems, which is not getting along with their children who expect too much and care too little.  Partly it’s the communication gap; partly it’s the cruel, mechanical life Indian Diaspora often lives abroad where everybody has to fend for themselves. Anyway, so not happy with the everyday bickering with their children, the three set out on a trip of their lifetime, where they want to live life before life outlives them. A theme that runs through every scene and every dialogue in the film.  So much so that even well written lines are lost in the din of repetition.  Taking them on this trip as the commercial tour guides are Gurpreet Ghuggi and Gippy Grewal. Boy does Gippy render a performance unlike his most characters? Not screaming loud, or obvious, but subtle and perfectly understated. Save for the scene in the end which is funny because Gippy is drunk and he is totally his persona.  Humour dots the film, in short spurts while overloaded dialogues inundate the script. Only if it were the other way round.

The one that the stellar cast has to share screen space with is Gurfateh Singh Grewal, Gippy’s son, although they don’t have a single scene together.  We are yet to see true-blue star child artiste in the Punjabi entertainment industry and Gurfateh has all that it takes to be one. He plays the affable ‘Zhanda’ a doting grandson and emotes like a professional. Nothing to do with nepotism and more to do with DNA.  Sapna Pabbi delivers the few lines in a lot of scenes that she has been given, pretty okay.  But what does need a pat on their back is the team that put together the cinematography, helmed by Baljeet Singh Deo. What makes the beautifully captured and breathtaking landscapes, snowscapes and cityscapes of Canada even more noticeable is partly the fact that the story moves at a snail’s pace and the dialogues are repetitively philosophical, circulating around life, love and the like.  The ‘much-much’ needed message of organ donation has been prominently placed, only if the humour was used more than heavy-duty philosophical dialogues.  We just wish the snail hadn’t caught up with us by the end of the film, but it did.