MP: Over 16,000 shifted after heavy rain in Mandsaur, Neemuch

BHOPAL: Over 16,000 people from Madhya Pradesh''s Mandsaur and Neemuch districts were shifted to safer places on Sunday after heavy rainfall caused water-logging in several areas there, an official said. 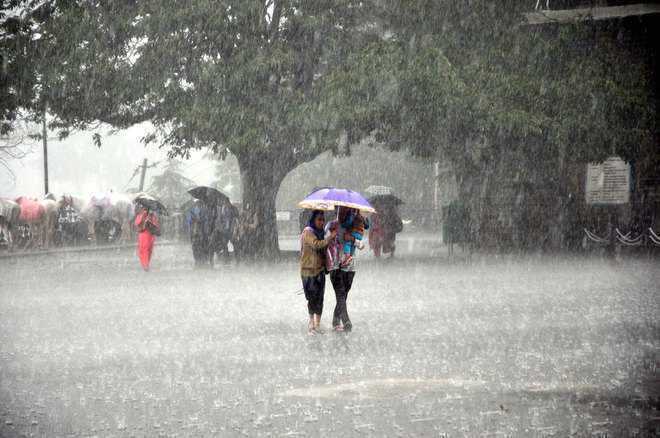 Bhopal, September 15
Over 16,000 people from Madhya Pradesh's Mandsaur and Neemuch districts were shifted to safer places on Sunday after heavy rainfall caused water-logging in several areas there, an official said.
Heavy showers have been lashing the two neighbouring districts in western Madhya Pradesh since last few days, crippling normal life there.
"Around 13,000 to 14,000 people have been rescued from about 100 to 125 villages in Mandsaur. Some of these villages have been fully vacated while there has been partial evacuation in others," Superintendent of Police Hitesh Choudhary told PTI over phone.
Rescue operations are on in full swing, he said. "We are keeping a close watch on the situation," he added.
Besides, nearly 2,300 people were evacuated from the flooded Rampura town in Neemuch after an alarming rise in the backwater level of Gandhi Sagar Dam in Mandsaur, an official at Neemuch collectorate said.
Rescuers kept a vigil during the night before bringing the flood-hit people to relief camps on Sunday, he said.
Mandsaur received 218 mm rain while Manasa town in Neemuch got 243 mm rain in 24 hours ending Sunday morning, as per the India Meteorological Department's (IMD) office here.
The Mandsaur district received total 1,927.8 mm rain from June 1 till date, against the normal quota of 742.1 mm, the IMD said.
Similarly, Neemuch got total 1,569.7 mm rain so far this monsoon against 706.9 mm of normal quota, it said.
After heavy rains, 19 sluice gates of Gandhi Sagar Dam were opened and 4.93 lakh cusec water was being discharged, the dam project's sub-divisional officer N P Dev said.
The released water was gushing downstream and entering parts of Rajasthan bordering Neemuch, he said.
Meanwhile, intermittent showers on Sunday lashed several parts of Madhya Pradesh, which has so far received 33 per cent more rain than the season's average, the IMD said.
The monsoon has weakened a bit in eastern Madhya Pradesh but is active in western parts of the state, IMD Bhopal
office's senior meteorologist G D Mishra said.
Heavy rainfall is likely in Alirajpur and Jhabua districts till Monday morning, he said.—PTI
SHARE ARTICLE