It’s Raksha Bandhan and my heart goes out to all those who don’t have a sister to celebrate the day with. 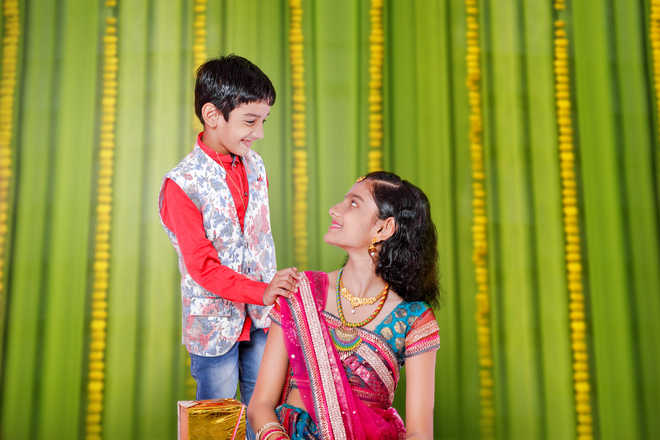 It’s Raksha Bandhan and my heart goes out to all those who don’t have a sister to celebrate the day with. But I feel blessed to have a younger sister by my side who ties an ornate string around my wrist every year on this pious day. My sister was born differently-abled with Down’s syndrome, hole-in-heart condition, speech and walking disability, and a number of other medical complications. Even as a small child, it’s apparent to me from the start just how different we’re from one another: I could speak, she could only make incomprehensible gestures with her hands; I could read and write, she couldn’t even hold a pen or a book in a proper way; I could run, she couldn’t walk for more than two or three minutes.

However, with time, as I grew older, I came to accept and understand her, eventually forging one of the most beautiful relationships of my life. I can recall, as a school boy, observing her movements in order to figure out what she wanted to say. Initially, it was difficult, but with time, I was able to interpret her looks and gestures. She would put her hand close to her chin with her palm facing upwards, and I’d say, “She needs water.” If she would touched her nose with the same gesture, I’d say, “She needs a handkerchief”. And I‘d be correct. “Coca Cola,” I’d say, at times, and she would rejoice with great delight, that particular soft drink being her favourite.

Even at school, I knew from the look on her face, or the movement of her eyes, what she had on her mind, what she wanted, or what was troubling her. I learnt a lot about being a carer from her, both when she was relatively young and a bit stubborn, and latterly when she had been battling many illnesses due to the hole in her heart, which has enlarged to the point where her life is hanging in the balance. The doctors say it can’t be fixed, but her twinkling, bright eyes and her infectious smile defy this description.

I find her full of life and feel closer to her as she reaches another important milestone in her life next month - her 39th birthday. I’ll have to figure out what gift she would like. But it won’t be a big deal. We’ve almost four decades of bonding to fall back on, along with a kind of understanding that’s hard to articulate.

Equally hard is to face the harsh reality of her deteriorating condition. At times, I feel as if she is put onto one of the life-saving boats from the Titanic, but at the end of the day, it is just the way it is. The good thing is that we will celebrate yet another Rakshabandhan together. Once again, she will tie a Rakhi on my wrist. Once again, we will offer prayers together. Once again, she will offer me a platter plentifully piled with barfi. And once again, Coca-Cola will flow freely amidst merriment and mirth!

Truly, of all the gifts and blessings, there is nothing beautiful and greater than the gift that is my sister.