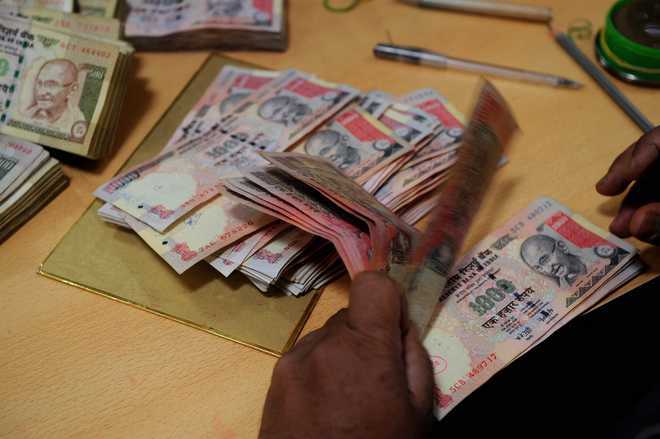 The total income from such sources for political parties, both national and regional, came to Rs 11,367.34 crore, while income from known donors came to Rs 1,835.63 crore. File photo

Delhi-based think-tank Association for Democratic Reforms (ADR) said in its report that Congress and the Bharatiya Janata Party recorded the highest of such funding among national parties: 83 per cent of total income (Rs 3,323.39 crore) for the former and 65 per cent (Rs 2,125.91 crore) of the latter came from unknown sources.

Also, total income of political parties from other known sources (sale of assets, membership fees, bank interest, sale of publications, party levy etc) stood at Rs 1,698.73 crore, which was 15 per cent of the income.

Among national and regional parties that was considered, BSP was the only party to consistently declare receiving nil donations above Rs 20,000 between 2004-05 and 2014-15 —100 per cent of the party's donations came from unknown sources, it said.

BJP has the second highest income of Rs 3,272.63 crore, which was 35.27 per cent of the total income of the six national parties.

BJP tops the list: it claims to have received Rs 917.86 crore through voluntary contributions above Rs 20,000.

The unknown sources are income declared in the IT returns but without giving source of income for donations below Rs 20,000. Such unknown sources include sale of coupons, Aajiwan Sahayog Nidhi, relief fund, miscellaneous income, voluntary contributions, contribution from meetings/morchas etc.

At present, political parties are not required to reveal the name of individuals or organisations giving less than Rs 20,000. As a result, over two-thirds of the funds cannot be traced and are from 'unknown' sources.

"This becomes very relevant in the light of recent events when demonetisation was announced so as to weed out black money from the society," the report by ADR said.

The six national parties and 51 regional recognised were considered for the analysis.

Of the 51 regional political parties considered for the report, 45 parties have not submitted their donations statements to the ECI for at least one financial year, it said.

Any organisation that receives foreign funding should not be allowed to support or campaign for any candidate or political party, ADR said.

Prof Jagdeep Chhokar, Founder Member ADR told in a press conference: "We believe it is in the interest of political parties also to change their methods of working and two fundamental changes are required one is internal democracy and other is financial transparency".

The report comes amid a debate about electoral reforms, with the Election Commission of India asking the central government to ban unknown donations over Rs 2,000. — PTI