NEW DELHI: The Indian Air Force (IAF) will revive 24 British-era airfields, which have fallen into disuse, to build secured locations for planes and missile batteries. 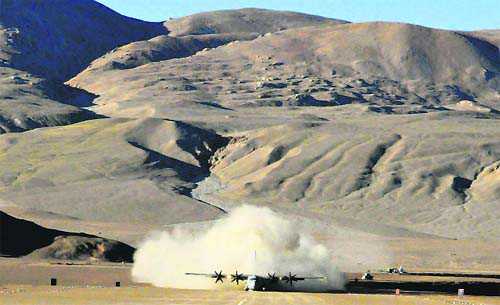 The Indian Air Force (IAF) will revive 24 British-era airfields, which have fallen into disuse, to build secured locations for planes and missile batteries.

Most of these airfields are in the eastern and north-eastern regions of the country from where a part of the allied forces (the UK and the US) attacked the rampaging Imperial Japanese Army in Burma during the World War-II.

The 24 airfields will have proper fencing and be given station names with teams being posted there to man the area. The IAF plans to use these as emergency landing grounds in case of a war and disperse its assets such as planes, missile batteries etc to protect these from enemy fire.

Sources said the IAF ordered a survey to identify airfields that could be used in future. Some of these airfields are in remote areas. These were created by the allied forces or the British. The IAF studied each airfield and its ownership before drawing up a revival plan.

The country has more than 100 such airfields, of which the IAF owns 39. The remaining are with the Army, the Navy and the Airports Authority of India.

The Ministry of Defence has suggested that the airfields, which are near tourist places and are not serving any military purpose, be handed over to the state governments.

Yesterday, the Parliamentary Standing Committee in its report tabled in both Houses noted: “These (airfields) will be used as radars stations, weapon storage areas (WSAs), and emergency recovery strips for helicopters and fixed-wing aircraft.”

The committee, headed by Maj Gen BC Khanduri (retd), a BJP MP from Uttarakhand, has suggested that work on these airfields should be started without further delay and the remaining 15 airfields be assessed for being used.

Besides, the IAF and the Army are constructing full-fledged paved landing strips at Tuting, Mechuka, Along, Vijayanagar, Tawang, Walong and Ziro in Arunachal Pradesh. A sum of Rs 355 crore has been allocated for developing these British-era landing grounds in Arunanchal Pradesh. Two of these have been completed.