Air quality in Delhi deteriorates; authorities say will not be as bad as last year’s Diwali

NEW DELHI: Air quality of the national capital deteriorated on Wednesday and was recorded in the ‘poor’ category. Authorities, however, said the condition during this Diwali is “likely not to be as bad as last year”. 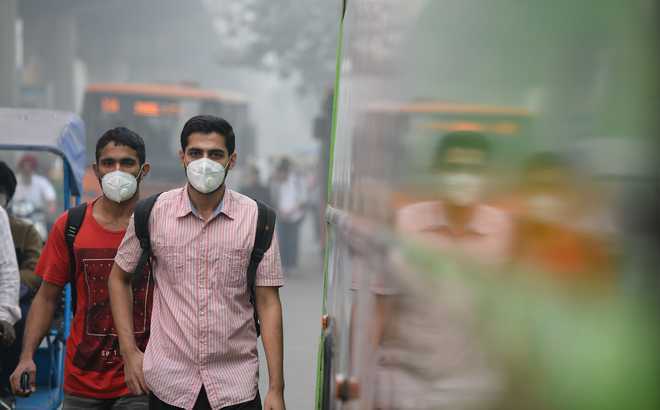 Air quality of the national capital deteriorated on Wednesday and was recorded in the ‘poor’ category.

Authorities, however, said the condition during this Diwali is “likely not to be as bad as last year”.

The air quality index (AQI) on Wednesday was recorded at 244 against Tuesday’s 206, according to the data available with the Central Pollution Control Board (CPCB).

“A slight decrease in the stubble burning activity in Haryana and Punjab has been noticed over the last 24 hours,” it also said.

“The surface, as well as boundary layer, winds are forecast to change direction to easterly by tomorrow afternoon. This will decrease the biomass pollutant share in the Delhi region which is relatively very low so far,” the SAFAR said.

It said that no drastic deterioration in air quality is expected for the next two days.

“Looking at present forecast of weather parameters in SAFAR model simulations, air quality during Diwali period is likely to be not as bad as last year which is being followed closely and clear forecast will be issued on October 25. AQI is forecast to be in the same lower end of the poor category,” it said.

The authorities said that high deterioration in AQI of Delhi is only expected by the first week of November.

“The repeated western disturbances are expected in the last week of October, which is likely to positively influence Delhi’s air quality.

“According to the current analysis, the situation on Diwali may not be as bad as last year. SAFAR will update its analysis in the coming days. The calm anti-cyclonic condition is expected to re-strengthen only by the first week of November and associated sinking motion will make the atmosphere very stable with calm surface winds,” the SAFAR said. — PTI