A policeman jostles with a protester at Aligarh Muslim University on Wednesday. PTI

The controversy around the portrait of Mohammad Ali Jinnah in the Aligarh Muslim University students’ union office turned violent on Wednesday.

Several AMU students, including the AMU students’ union president and secretary, were injured in a police lathicharge when they were protesting against the police inaction against the armed rightwing outsiders creating ruckus on the campus.

AMU students were injured when the police resorted to lathicharge and firing of teargas shells against the protesters. The outsiders reportedly affiliated to the Hindu Yuva Vahini created disorder inside the campus, raising slogans against the Jinnah portrait and burning his effigy on the campus.

The trouble came on a day when former Vice-President Hamid Ansari was visiting the AMU campus and was being conferred a life membership of the students union.

Around 2 pm Ansari, also a former Vice Chancellor of the AMU, reached the campus where he also had to deliver a lecture. According to the AMUSU spokesperson, almost an hour later, around 15 saffron gamcha-wearing youth entered the campus with pistols and revolvers. According to students, they were accompanied by a policeman in uniform.

The goons reportedly attacked a student passing by. As news of trouble inside the campus spread, AMUSU leaders and some other students accosted six outsiders and handed them over to the police.

Students alleged that the police released the alleged mischief makers later and did not register any complaint against them, forcing AMU students to protest.

In retaliation, the police resorted to lathicharge and firing of teargas shells in which AMUSU president Maskoor Usmani, secretary Mohd Fahad and former secretary Mazin Zaidi were injured and rushed to hospital.

Earlier in the day, BJP Rajya Sabha MP Harnath Singh Yadav said UP cabinet minister Swami Prasad Maurya should apologise for calling Jinnah a ‘mahapurush’ or he should be shown the door.

Last week, in a letter to AMU Vice Chancellor Tariq Mansoor, BJP MP from Aligarh Satish Gautam asked him to explain why Muhammad Ali Jinnah’s portrait was on display at the AMU students’ union office.

Clarify your stand: Cong to BJP

On the back of BJP leader Swami Prasad Maurya describing Mohammad Ali Jinnah, the creator of Pakistan, as a “great man”, the Congress on Wednesday asked the ruling party to clarify its stand on Jinnah

Congress spokesperson Rajeev Shukla said, “This is not the first time a BJP leader has lauded Jinnah openly… it is important that the BJP tells us once and for all what it thinks about the man behind the Partition”

He’s no icon of india

Jinnah is neither an icon of India nor the ideal of Indian Muslims... there is no question of raising questions over their (AMU students) patriotism... the issue will be resolved with a sensitive approach. — Mukhtar Abbas Naqvi, Minority Affairs minister 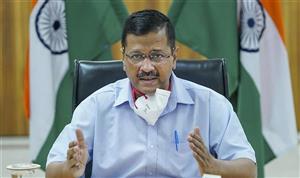