NEW DELHI: In an important move, the ‘Made in India’ Arjun Mark-2 tank project is set to see the light of the day. 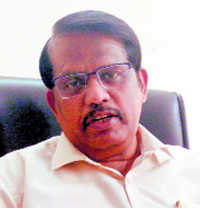 In an important move, the ‘Made in India’ Arjun Mark-2 tank project is set to  see the light of the day.

Chairman of the Defence Research and Development Organisation (DRDO) Dr S Christopher in an interview to The Tribune said,  “We have had a meeting with the Vice-Chief of the Indian Army where it was agreed on accepting Mark-2. Modalities are  being worked out”. Once done, the acceptance of necessity (AON) for 118 will be revived, he added.

On being asked if the Army was okay with the weight of the tank, the DRDO boss said: “The weight (the tank is almost 68 tonnes) has been accepted; that is a major change”. Most modern European tanks are of the same weight, and tank-transporters   (specialised trucks) for Arjun are available.

The DRDO has promised to set up a system to maintain the Arjun Mark-2 within India. It will be an annual maintenance contract with the Bharat Earth Movers Limited (BEML) as a possible agency, Dr Christopher said. On the trials, he said,  “These have done 4,000 kms of run, the upgrades will be tested.”

On artillery guns, Dr Christopher  said the Advanced Towed Artillery Gun Systems (ATAGS), of which the Army has agreed to accept 40 pieces to start with, will get a more powerful engine to enable rapid movement. The guns designed by DRDO have been made by two private companies under the transfer of technology.

The DRDO is keen to get a slice of the 1,580 towed guns the Army is looking to buy. “Both companies (Tata Power SED and Bharat Forge) are gearing up produce more. We need an order for 200-300 guns to tie up logistics,” he said.

Talking about the next version of the Tejas, called ‘Mark1-A’, Dr Christopher said: “The design other than the AESA radar and the jammer pod is complete.”

Hindustan Aeronautics Limited is looking to import the AESA radar even as DRDO made a radar that will be tested next month. The IAF is looking at 83 ‘Mark1-A’, with 59 improvements over the existing Tejas.

The Indian Air Force  has projected a need for 324 fighter jets over 15 years and has officially indicated that it needs the ‘Tejas Mark 2’ (medium combat aircraft). It will carry a more powerful engine and weigh almost 20 per cent heavier than Tejas.

Airborne transmission of coronavirus can occur during medical procedures: WHO