Army Generals to get longer tenures

NEW DELHI:The Indian Army has changed its promotion policy allowing Generals to serve longer tenures and officers to get promoted at a younger age to the ranks of Major General and Lieutenant General. 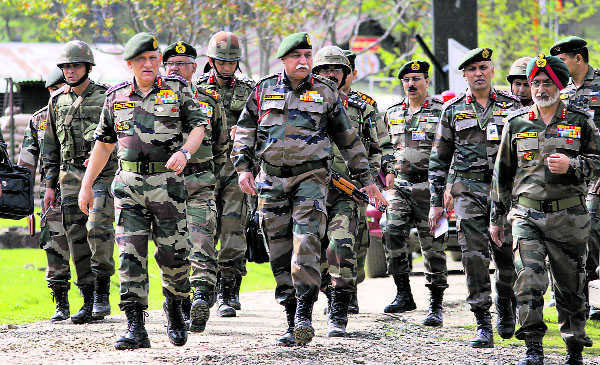 The Indian Army has changed its promotion policy allowing Generals to serve longer tenures and officers to get promoted at a younger age to the ranks of Major General and Lieutenant General.

The Army has also changed the rather stringent requirement of two-year residual service for selection as Army Commander. There are just seven such posts, including Vice Chief.

The new policy announced on December 23 indicates that the Army has changed the sluggish promotion formula that dodges senior ranks. This in turn shortens the tenures to just 12 months at the level of the Divisional Commander, who is a Major General and has some 15,000-18,000 troops under his command. The same is the issue with the rank of Corps Commander, who is a Lieutenant General and gets only a 12-month tenure. This means too many changes.

With the change of policy, the annual number of vacancies of promotion from Brigadier to Major General will be curtailed to 33, instead of the existing 44. In case of promotion from Major General to Lieutenant General, the vacancies will be curtailed from 12 to nine per annum. This will mean officers will have longer tenures of some 18 months and also that relatively younger people will be promoted while others get sidelined.

The policy of having a minimum of three years of residual service to become a Corps Commander shall remain unchanged.