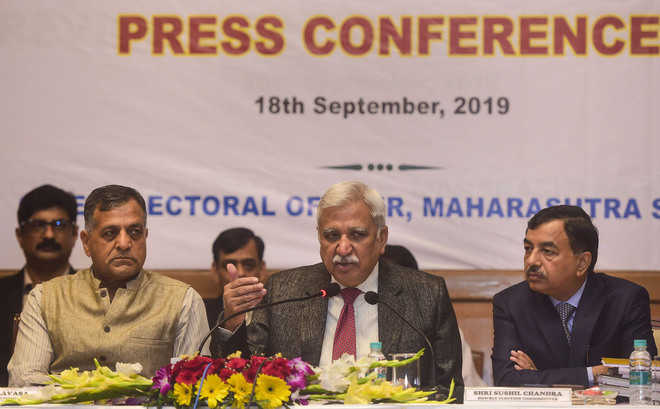 Stating that a few political parties have asked for voting through the ballot papers, Arora said, “We have politely but firmly told them that it’s not possible. Ballot papers are history now.” The poll panel was following successive judgments of the Supreme Court on the issue and would continue the policy on counting of votes as was in the last Lok Sabha polls.

Earlier during the day, the Congress, the Nationalist Congress Party (NCP) and others met the Election Commission top brass here and made that demand.

Referring to a list of alleged bogus voters, submitted by the Congress, Arora said the work of deleting such voters was an ongoing process and was underway. The state poll authorities had been asked to make the electoral rolls error-free, he added.

Arora had earlier told the Congress delegation the EC had deleted 2.16 lakh bogus voters in Maharashtra and the process to delete more such fake voters were on, Congress general secretary Rajesh Sharma said.

“The EC told us while 2.16 lakh fake voters have been deleted, the process is on to delete the rest,” he said.